A Look at the Jesus Story, Oral Tradition and Eyewitness Memory

In case you previously missed it, here is a great article from the content library archive, first published here February 3, 2017.

Even though the Christian can always offer certain dates for the Gospels, it should remembered that there was a gap of time between the ascension of Jesus and when the Gospel authors actually wrote their individual biographies about the life of Jesus. Therefore, there was an oral period where the words and deeds of Jesus were committed to memory by the disciples and transmitted orally. Oral Tradition is the transmission of a teaching or saying from person to person or from generation to generation by word of mouth rather than by the use of writing. The home, the synagogue, and the elementary school was where Jewish people learned how to memorize and recall information such as community prayers.

Given that many skeptics assumes the New Testament is biased they tend to ask for sources that are written about Jesus outside the New Testament. Furthermore, since the request for these sources must be written by non-Christians, this supposedly equates to pure objectivity and no propaganda. Sadly, the demand for this wish list shows the ignorance about the oral world of Jesus. The late Maurice Casey, a non Christian scholar who specialized in early Christianity summarized the importance of the oral world of Jesus:

The major reasons why all our earliest sources for the Life and Teaching of Jesus are Christian is that Jesus was a first- century Jewish prophet who lived in a primarily oral Jewish culture, not a significant politician in the Graeco-Roman world. By contrast, for example, Julius Caeser was an important political and literary figure in the highly literate culture of the Romans. It is therefore natural that he should have written literary works which have survived, and that other surviving literary sources have written about him.[1]
Casey goes onto say:

Jesus of Nazareth left no literary works at all, and he had no reason to write any. He lived in a primarily oral culture, except for the sanctity and central importance of its sacred texts, which approximate to our Hebrew Bible. A variety of works now thought of as Apocrypha (e.g. Sirach) or Pseudopigrapha (e.g. 1 Enoch) were held equally sacred by some Jewish people, and could equally well  learnt and repeated by people who did not possess the then- difficult skill of writing. Almost all our surviving primary sources about Jesus are Christian because most people who had any interest in writing about him were his followers,and  the few relatively early comments by other writers such as Josephus and Tacitus are largely due to special circumstances, such as Jesus’ brother Jacob (Jos.Ant .XX,200), or the great fire of Rome (Tac.Annals XI, 44). [2]

How would Jesus have made his teaching memorable?

Jesus taught in poetic form, employing alliteration, paronomasia, assonance, parallelism, and rhyme. Since over 90 percent of Jesus’ teaching was poetic, this would make it simple to memorize.[6] Also, in some ways Jesus did fit the mold of a rabbi, this doesn’t mean he fit the mold of an ordained of rabbi which was more of a formal office that took place a century or more later. The similarities and differences between Jesus as a rabbi and teacher and the rabbis who also taught in his culture are seen here:

Jesus taught but not in formal educational settings.

Jesus’ delivering system was face to face and oral.

Jesus modeled how to live as much or more than he stated, ”Do this” or “Don’t do that.”

Jesus was a passionate guardian of Old Testament law.

Jesus’ actions could attain the status of commandments in the minds of his followers.

God’s truth was incarnate in Jesus.

Jesus wrote nothing; it was sufficient for this oral text to remain oral.

It was not until approximately twenty years after Jesus’ public ministry  that the first written accounts of his words and deeds were inscribed in the Gospels. [7]

Interestingly enough, given Jesus had such a high view of the Torah and it was believed that God was incarnate in Jesus, we should heed the words of Jewish scholar Jacob Neusner. He says:

Since rabbinical documents repeatedly claim that, if you want to know the law, you should not only listen to what the rabbi says but also copy what he does, it follows that, in his person, the rabbi represents and embodies the Torah. God in the Torah revealed God’s will and purpose for the world. So God had said what the human being should be. The rabbi was the human being in God’s image. That, to be sure, is why (but merely by the way) what the rabbi said about the meaning of Scripture derived from revelation. Collections of the things he said about Scripture constituted compositions integral to the Torah. So in the rabbi, the word of God was made flesh. And out of the union of man and Torah, producing the rabbi as Torah incarnate, was born Judaism, the faith of Torah: the ever present revelation, the always open-canon. For fifteen hundred years, from the time of the first collections of scriptural exegeses to our own day, the enduring context for midrash remained the same: encounter with the living God.[8]

We also see an emphasis on the importance of remembering the words of Jesus:

“Everyone then who hears these words of mine and acts on themwill be like a wise man who built his house on rock.” (Matthew 7:24)

“Go therefore and make disciples of all nations, baptizing them in the name of the Father and of the Son and of the Holy Spirit, and teaching them to obey everything that I have commanded you” (Matthew 28:19-20)

“ It is the spirit that gives life; the flesh is useless. The words that I have spoken to you are spirit and life” (John 6:63)

“Do you not believe that I am in the Father and the Father is in me? The words that I say to you I do not speak on my own; but the Father who dwells in me does his works” (John 14:10)

“But the Advocate, the Holy Spirit, whom the Father will send in my name, will teach you everything, and remind you of all that I have said to you”(John 14:26)

“If you abide in me, and my words abide in you, ask for whatever you wish, and it will be done for you” (John 15:7)
Even after the ascension of Jesus, the apostles gave their eyewitness testimony to the words of Jesus. It is also important to note the role of how the disciples were active participants in the life of Jesus. They saw the importance of bearing witness to the deeds and sayings of Jesus:

The sense (not a properly one generic one) in which the witnesses of the Holocaust created a new literature of testimony, is much the same sense as that in which the witnesses of the history created the Gospels. Those witnesses understood the imperative to witness to a command of the risen Christ, but the parallel is sufficient to be suggestive. In both cases, the uniqueness required precisely witness as the only means by which the events could be adequately known. In both cases, the exceptionality of the event means that only the testimony of participant witness can give us anything approaching access to the truth of the event.[9]

#1: Hasn’t Memory Been Shown to Be Very Unreliable?

First, if memory is so unreliable, than much of human existence couldn’t be sustained on a daily basis. Memory, along with testimony are some of the things we take for granted in the common concerns of life without being able to give a reason for them. Also, high impact events that have strong emotional involvement can survive accuracy over a long period.  As Gregory Boyd and Paul Eddy note, the “memoric skepticism” paradigm can be traced back to the collapse in human knowledge after World War I.[10]  This time period that gave rise to the this paradigm is seen in various forms such as individual (F.C. Bartlett); collective/social (Maurice Halbwachs); historiography (Carl Becker); sociology of knowledge (Karl Mannheim) and New Testament studies (Rudolph Bultmann).[11] Sociologist Barry Schwartz says: “These men appealed so greatly to the West because their views resonated with the cynicism of the post World War I worldview and ethos: ‘the world is not what it seems.’[12]

One thing for sure: high impact events that have strong emotional involvement can survive accuracy over a long period.  For example, my sister died in 1973. Even though I was four years old at the time I can still remember much of the details of the day it happened. Steven Waterhouse summarizes Bauckham’s work and the importance of memory:

Events that are personally important and relevant tend toward long term memory (like matters of the Messiah’s arrival and eternal destiny in heaven or hell).

Events in which one is emotionally involved are memorable (Mark 9:6, 14:72, as in being a participant in a great cause with struggles and opposition).

Memories often include irrelevant and odd details (there were “other boats,” Mark 4:36).

Reliable memories rarely include precise dates as on July 15 but do include time of day and relationships to seasons and holidays (as in the Gospel of John).

The “gist” of a memory (even with details essential to the main point) is more likely to be retained than purely secondary details. (Bauckham’s own conclusion is that this explains the variation in the Gospel accounts but unity on the core facts.)

Frequent retelling of a story shortly after an event tends to sharpen not diminish memory. “Frequent recall is an important factor in both retaining memory and retaining it accurately.” [13]

In conclusion, as Bauckham says:

The eyewitnesses who remembered the events of the history of Jesus were remembering inherently very memorable events, unusual events that would have impressed themselves on the memory, events of key significance for those who remembered them, landmark or life-changing events for them in many cases, and their memories would have been reinforced and stabilized by frequent rehearsal, beginning soon after the event. They did not need to remember – and the Gospels rarely record – merely peripheral aspects of the scene or the event, the aspects of recollective memory that are least reliable. Such details may often have been subject to performative variation in the eyewitnesses’ telling of their stories, but the central features of the memory, those that constituted its meaning for those who witnessed and attested it, are likely to have been preserved reliably. We may conclude that the memories of eyewitnesses of the history of Jesus score highly by the criteria for likely reliability that have been established by the psychological study of recollective memory.”[14]

[10] Gregory Boyd and Paul Eddy, The Jesus Legend: A Case For The Historical Reliability of the Synoptic Tradition (Grand Rapids: MI: Baker Books, 2007), 278.

[12] Barry Schwartz, “Christian Origins: Historcial Truth and Social Memory” in Memory, Tradition and Text: Uses of the Past in Early Christianity, ed. A Kirkand T. Thatcher (Atlanta: Society of Biblical Literature, 2005), 45-46; cited in  Gregory Boyd and Paul Eddy, The Jesus Legend: A Case For The Historical Reliability of the Synoptic Tradition (Grand Rapids: MI: Baker Books, 2007), 278. 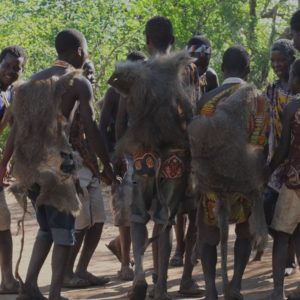 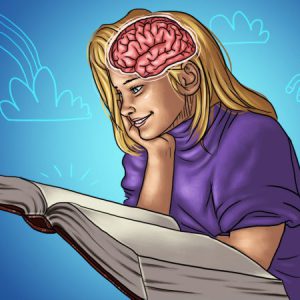