An Orality Learning Journey – Getting back to the Basics 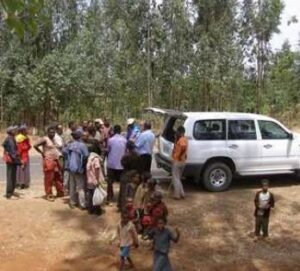 Houston, TX (ANS) – What may have been a seemingly insignificant and obscure conversation among a few church/mission leaders about orality, oral cultures and oral learners back in the 1970s and ‘80s, has become an important movement in the global mission world.  While the terms may be new to some, the concepts of orality, oral art forms and Bible storying are thousands of years old.  In fact, they are the most effective ways that people have learned and communicated from the beginning of time.  It’s how Jesus and His early followers communicated the gospel and made disciples.  Oral methods are primarily how the Good News of Jesus spread throughout the entire populated world in the First Century, before radio, television, the internet and the printing press. 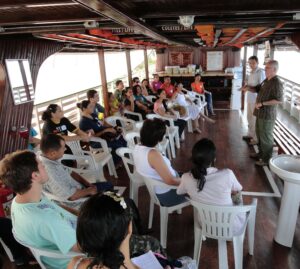 Orality-based methods are amazingly effective for communicating Scripture and disciple making. Various aspects of the spoken word, oral art forms and Bible storying are being used to reach the 80 percent of people globally who are oral learners by necessity or by preference. Most of the unreached and unengaged people groups around the world are living in oral cultures. However, there are many literate and well-educated people who are still oral-preference learners and communicators. Telling stories, asking questions and processing in community are powerful methods of behavior change.  It is about getting back to the basics that we learn from Jesus and the Early Church. 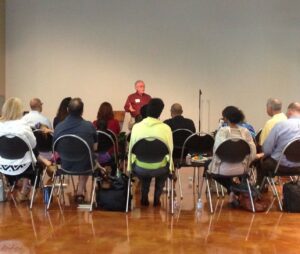 Orality Strategies are also having impact in the North American context

It has been, and continues to be, an amazing journey as we have incorporated Bible storying into the work of Living Water International. In 2006, LWI started using Bible storying in staff devotions. Then, in 2007, after getting connected and involved with the International Orality Network (ION), the ministry launched Orality Training Workshops.  The early model was known as “An Introduction to Contextual Bible Storying.”  It was based on participants learning and retelling five stories from the Gospels.  We discovered that with those five stories, with the appropriate pre- and post-story discussion and dialogue, we could give a community or village a simple, systematic theology of the most important things they need to know to become followers of Jesus.  Not only that, but they could become reproducing followers of Jesus.  It was not designed to be a comprehensive program, but to get people on the journey of following Jesus and sharing His life with others. 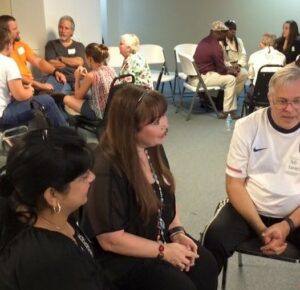 Small, simple and reproducible systems and structures are key components to rapidly spreading the Gospel

In 2013, the Lord led in initiating an advanced phase of training we called Orality Training for Trainers (OT4T), which was instrumental for accelerating efforts in sharing the gospel, making disciples, and church growth and multiplication.  One of the hallmarks of every level of our Bible storying and orality training programs and strategies is to ensure that they are biblical, understandable, and reproducible. The reports, feedback, and stories of impact have been affirming and encouraging that the Lord is greatly using the concepts, principles, and practices of orality within Living Water International and beyond. Simplicity and reproducibility are vital to these efforts.  Another aspect is the recognition that “repetition is the mother of all learning.” 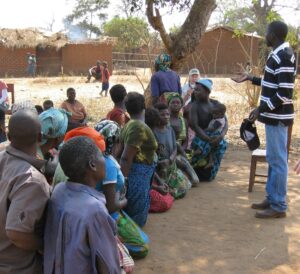 Orality methods and strategies are having a multiplying impact around the world, especially in the Global South. These strategies can cross all barriers and borders with the Gospel.  We focus on training believers with just what is in their heads and hearts, that can be reproduced in the heads and hearts of other.  A pastor at an African consultation reported that, since he participated in one of LWI’s Orality Training for Trainers (OT4T) event in 2013, he had personally trained 4,000 pastors. According to records from the Evangelical Fellowship of Zimbabwe, those 4,000 pastors had trained more than 400,000.  It affirms the value of learning a little, practicing a lot, implementing immediately and telling the stories (God’s story) often.  We often say it is better to know little that we tell a lot, than to know a lot that we keep to ourselves.  A missionary in Central America has a parting saying, “Keep the Faith, just don’t keep it to yourself.”

The Work of the Spirit 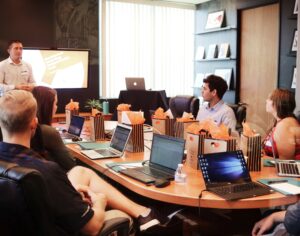 It goes without saying, but sometimes needs to be said, that the most important thing is knowing and experiencing the work of the Holy Spirit.  The same Spirit that lived in and worked through Jesus and His followers more than 2,000 years ago is now living in every true child of God.  He is available to each of us, to the extent that we make ourselves available to Him.  Scripture tells us God is no respecter of persons, and we often say He is an equal opportunity employer.  The Lord is looking for those who have pure hearts, that are turned toward Him, so that He might show Himself strong on our behalf.  The late A. W. Tozer said, “Anything God has ever done at any time, He can do now.  Anything He has ever done anywhere; He can do here; and anything He has ever done through anyone; He can do through you.”

« Life on Life: What I Learned From Refugees Durin...An Afghan pastor’s prayer for his country »