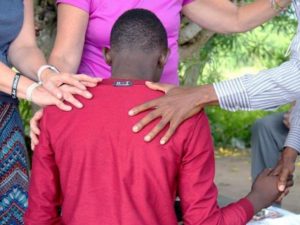 “This was my choice!”

During my time in Tanzania in June, I went back to Vunde, a small village in the Tanga region, where I had worked earlier this year. I facilitated a 4-day class called WASH that teaches about water, sanitation and hygiene, using Bible stories as examples for each step in the training.

One young man from a neighboring village invited 3 of his Muslim friends to our class. I was excited to have Emir, Sudi and Chama join us. I knew they might be hearing stories about God’s love for the first time. On the third day we talked about how water gets dirty and how to cleanse the water. We talked about how dirty water is like our sin, and there is only one way to be cleansed and forgiven of our sin. 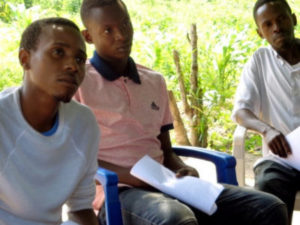 When we shared about this, I asked if there was anyone who would like to respond to what they just heard. Immediately, Sudi raised his hand and stood up. As my translator talked with him, he fell to his knees and prayed for his sins to be forgiven and to receive Jesus; This was nothing short of an amazing miracle for this young Muslim man to boldly give his life to Jesus in front of his friends, knowing he could face persecution from them and his family. The next day, as I talked with Sudi, he told me his sister rebuked him that night after he went home, but he didn’t care because he had such joy in his heart. Then he added

“This was my choice. I made this decision on my own. No one told me to do this or forced me to make this choice.” 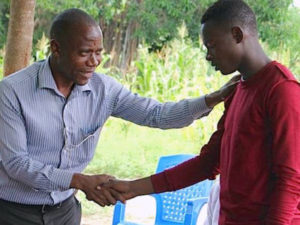 This was powerful to hear, since many Muslims are not free to make their own choice of what God they will serve. Sudi continued to share how God had been bringing followers of Jesus to him for the previous 4 months. They had been sharing the Gospel with him, but he had rejected them because of doubt and fear. Sudi said that when he came to our class and heard the message again, he knew God was pursuing him, and this was something he wanted. I have since learned that Chama and his wife have also decided to follow Jesus!

I am constantly amazed to see God work in these unexpected places. I had no idea that sharing Bible stories while teaching about water sanitation would, or could, have such a kingdom impact. You never know what opportunities God will use to reveal himself!