By Scriptures In Use

One of the most disheartening things I’ve seen in Western missions is leadership that continues to drive an attitude of “I know all the answers” and “I need to be the one making the decisions” and “Nothing happens without my being there, providing my input.”

It really shames and dishonors local leaders, especially when the Western leader is trying to build relationships with nationals in overseas cultures with different contexts and social environments. These nationals are extremely bright and intuitive. They sense the arrogance and pride quickly, and they want nothing to do with it. This style of top-down leadership erodes empowerment and trust, and causes so many difficult, long-term issues. It’s the opposite of Jesus’s leadership approach. Let me explain …

Jesus revealed so much when He came to this earth to redeem us and reconcile us to the Father. Jesus gave us the perfect example for leadership as it truly centers around serving, and Jesus was born to serve:

Jesus showed us how to serve

Jesus showed us how to serve in one of our indigenous leaders’ favorite Stories of the Bible in John 13.  He made it very clear at the Last Supper, with several statements and actions that inspire us to this day.  As He readies the disciples for His death, John 13: 1 (NIV) reveals the extent of Jesus’ love:

It was just before the Passover Festival. Jesus knew that the hour had come for Him to leave this world and go to the Father. Having loved His own who were in the world, He loved them to the end.

Then Jesus humbles Himself by washing the disciples’ feet, as reported in John 13: 3-5 (NIV):

Jesus knew that the Father had put all things under his power, and that he had come from God and was returning to God;  so he got up from the meal, took off his outer clothing, and wrapped a towel around his waist. After that, he poured water into a basin and began to wash his disciples’ feet, drying them with the towel that was wrapped around him.

Imagine that!  The God of the universe, the Alpha and Omega, getting on the ground and washing the feet of weary travelers (His disciples) whom He had formed in their mothers’ wombs. This would have been a job assigned to a Gentile slave by the host of the home or local inn.  Not even a Jewish slave would be expected to do this lowly servant’s job. The host of a meal would never lower himself to performing this vile task himself.

The travelers in ancient Palestine would have worn sandals; their feet would have been filthy from traveling on dirt roads.  Not a pretty sight, but Jesus was always willing to serve where others would not.  He flipped the traditional leadership model “upside-down” by humbling Himself, serving those He had created and lifting them up in honor.  He was also serving His men in humility with the full extent of His love in taking the place of a servant in its lowest form.  That reminds me of another passage spoken by the Apostle Paul in Philippians 2:5-7 (NIV):

In your relationships with one another, have the same mindset as Christ Jesus. Who, being in very nature God, did not consider equality with God something to be used to his own advantage; rather, he made himself nothing by taking the very nature of a servant, being made in human likeness.

Jesus also served obediently and wants us to demonstrate that same obedience to others as He finished what He had started with John 13: 12-16 (NIV):

When he had finished washing their feet, he put on his clothes and returned to his place. “Do you understand what I have done for you?” he asked them. “You call me ‘Teacher’ and ‘Lord,’ and rightly so, for that is what I am. Now that I, your Lord and Teacher, have washed your feet, you also should wash one another’s feet. I have set you an example that you should do as I have done for you. Very truly I tell you, no servant is greater than his master, nor is a messenger greater than the one who sent him.

Jesus, the Master but also the Servant-Leader. Jesus loving, being humble and obedient to the point of death on a cross by those He created.  How opposite and contrary to this world where the evil one, the prince of the air reigns! Where godless leaders scratch and crawl for power, fame and fortune.  But only for a short period of time as our “Blessed Hope” approaches.

So what type of leader are you?  What is the leadership model in your organization?  In your household? Are you willing to humble yourself and serve and lift others up around you?  Can you flip the traditional leadership model “upside-down”?  What is keeping you from moving to using Jesus’ Servant-Leadership approach?

View other content by Scriptures In Use.    Tags: Leadership 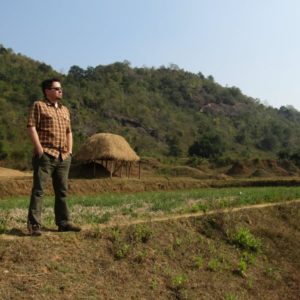 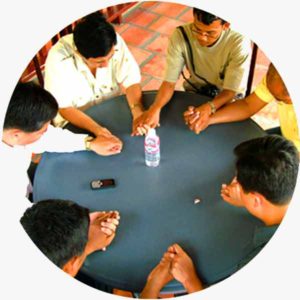 A day in the Presence in the prayer room 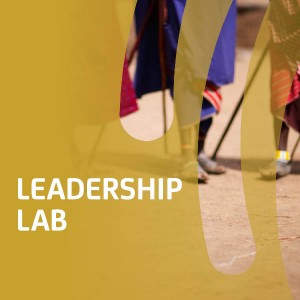 Lions and Eagles and Estuaries: Oh My!