In the tiny island nation of São Tomé and Príncipe just off the coast of west Africa, national leaders participated in a recent seminar. Among those invited were the President, Prime Minister as well as Ministers of Education, Culture, Sciences and Communication. At the event in September 2017, the church-based translation association, The Bible in Our Language (ABNN) promoted Bible translation projects in Angolar and Forro to spread awareness of the effect of these languages spoken in churches and homes. Both languages are recognized, but enjoy a lower status than the island nation’s official language of Portuguese. The Seed Company (part of OneStory) has labored in Bible story projects for these languages for years.

The seminar also promoted indigenous languages as subjects of study at university and national schools. Currently, students may choose to study English and French but the seminar advocated Forro and Angolar to become classroom subjects starting at primary levels. 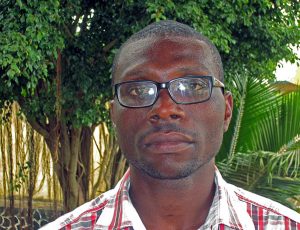 “Every time I have the opportunity I speak to people in Angolar I use stories to talk about Jesus,” says Vicente Dias of The Seed Company translation team. “The workshops have helped me to improve my ministry for the glory of God in the church and in the community where I belong. I was disobedient to God before my conversion at the age of 13. From that moment until today I can only say that Jesus is everything in my life. My life is not as it was before, and my family now follows Christ.”

“My interest is to make people listen to the Word in Angolar. As a young man and a teacher, I try to introduce Jesus and witness to Jesus wherever I am. The methods we use in oral storying are very enriching and teach us how to enter into a community to preach about God’s love in the Angolar language. Everything we have used and learned so far has been good and there is nothing you have learned that you do not enjoy. I like it when we praise the Lord in Angolar, as a translation team every day and in the churches on Sunday.” 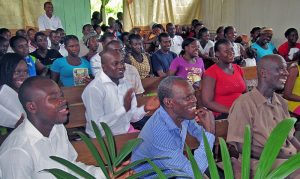 The Angolar project and related Forro project were recently featured for a full hour on national television. Representatives from ABNN were interviewed. They shared what God has been doing in both projects and the plan for 2018.

« The Science of Storytelling Heart Music »