By 4.2.20 Foundation
Listen to the content on this page 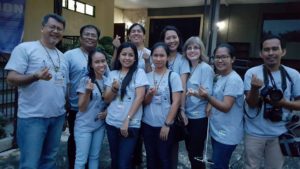 The vision of oral Bibleless unreached people groups began in 2010.  A strong conviction to develop a training program in response to that vision. In 2013, we had the first graduates of the Language and Culture Institute deployed to some of this oral Bibleless unreached people groups. In that same year, we learned about the International Orality Network and we were invited to participate.  As a result of that, the vision enlarged to mobilize the churches and like-minded entities in the Philippines by launching ION Philippines in 2015. As the vision began to embrace the oral Bibleless unreached people groups of the region, essentially covering the 10/40 Window, we began moving in South East Asia.  Something needed to be done, we have to mobilize the country leaders of the region in order to cast the vision on how to reach out to the oral Bibleless people of groups of their countries.  The journey has taken to 2017 to finally launch the beginning of a region-wide mobilization through the ION South East Asia Convergence.

Having conducted some orality meetings and workshops in South East Asia, it gave me a clearer understanding on the objectives of a region-wide convergence.  Listening attentively and discerningly helped a lot on how to present to the country leaders what we are offering as the International Orality Network.  ION intends to serve the country leaders of the region in order to help them in making disciples of oral learners.  Through my networks of kingdom relationships, we identified the country leaders that needed to come to the ION South East Asia Convergence.  We made sure that everyone coming to the ION SEA CON will have an understanding of what ION is all about, what is orality, who are oral learners and how to engage oral learners, how to align, access and collaborate with ION in order to make disciples of oral learners in the region. We also received funding from partners that have covered the airfares and accommodations of the invited country leaders.  A secretariat was organized to handle everything from program details, flight itineraries, accommodations and everything else that involves the full run of the ION SEA CON.  We thank and glorify God for the recently concluded and successful ION SEA CON.  The ION South East Asia region has now been activated to move as a unified network to serve one another.  Below is a report from the Head of Secretariat of the ION SEA CON. 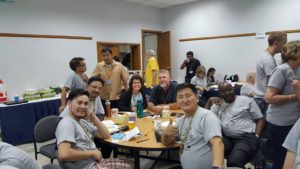 Day 1 saw presentations on the following topics: Who is ION? What is Orality? Who are the Oral Learners and Assessing the Oral Situation?  First two Gateways were introduced:  namely, Arts and Culture, and Development.

Day 2, the rest of the Gateways were presented: Education, Focused Outreach, Media, Research and Innovation, and Storying. After learning about the Gateways, participants enumerated the challenges of reaching the oral learners from their own context. The rest of the day was spent on praying and strategizing.

Day 3, participants shared their insights and strategies, prayed for the nations, and had a reflective time of communion.

Other highlights of the event include worship through music led by MisyonSamba  (Missions Worship), a worship team who fuses contemporary music with indigenous Philippine instruments; the communion time  where participants gathered in a circle, listened to John 3:16 recited in different languages, then together sang “Worthy is the Lamb.” These were touching moments for many.

Below are some of the feedback from the participants of the ION Southeast Asia Regional Convergence held at the Philippine Linguistic Research Center Manila Philippines on November 29-Dec 1, 2017. The ION SEA CON was participated in by more than 40 leaders from 21 countries in South East Asia, the USA and Africa.

“IONSEACON has affirmed my calling in relation to reach out to the community. It has helped me understand the need to train more people who have the same vision for the unreached peoples in my area.”

“The opportunity to meet other practitioners and build a network of colleagues is most valuable to me.”

“It has helped me realize the need to adapt my strategies in cross cultural missions based on my people’s way of learning/communication.”

At the end of the conference, the ION International Council conducted our annual business meeting.  We had a great time of praying and seeking after God in scenic Tagaytay City, outside of Manila, appreciating God’s creation, overlooking the beautiful Taal volcano in Taal Lake.  We are certain that we have received a fresh vision for the region – lights emerging from every country.  The blessings of the Lord of the harvest is with us.  We heed the words of Elisha in 2 Kings 13:14-20.  The Lord’s arrow has been shot ahead of us, assuring us victory over the enemies.  We should not do our part to take the remaining arrows and strike the ground as many times, declaring our faith and commitment for the discipling of the oral Bibleless and unreached nations.  To God be the glory! 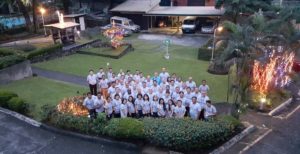 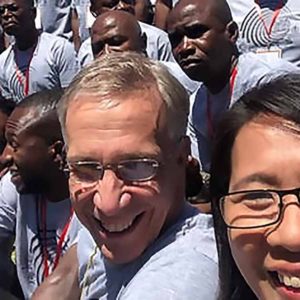 A word from the International Director (July 2020)