Haruka* slumped into her living room chair, her shoulders hunched forward. She breathed deeply, then exhaled hard, almost a breath of desperation.

Her life unraveling and her worries mounting, Haruka pleaded with God. “Are You deserting me?”

Turning her head, she spotted her radio and turned it on, not so much to listen to anything specific but to let the voices keep her company. 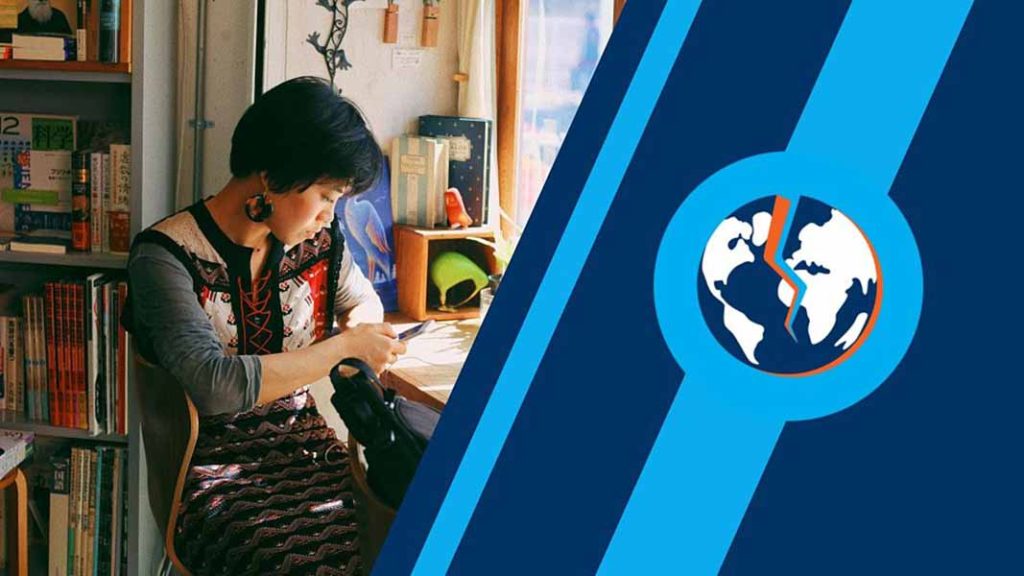 A pastor was reading from the Bible. “When the kindness and love of God our Savior appeared, he saved us, not because of righteous things we had done, but because of his mercy. He saved us through the washing of rebirth and renewal by the Holy Spirit, whom he poured out on us generously through Jesus Christ our Savior, so that having been justified by his grace, we might become heirs having the hope of eternal life.” (Titus 3:4 – 7)

She kept listening. A smile appeared for the first time in weeks. Taking out a pen, she wrote the local radio station, describing how that program lifted her spirits. “I was reminded of God’s love that covers my rebellion and rejection. I was the one refusing him. I feel like going back to church once again.”

TWR produces this Japanese program and airs it over local FM stations — a broadcasting strategy born out of several previous country-wide disasters.

Japan has experienced its fair share of catastrophes, both natural and man-made. Typhoons. Landslides. Earthquakes. Tsunamis. A nuclear plant meltdown. And now, a postponed Olympics due to an invisible enemy holding the world in its deadly grip.

Disasters shake men’s souls. But tragedies also create unique windows of opportunity when hearts soften and people reach out — and even upward — for help and hope.

Despite religious freedom, less than one percent of Japan’s 126 million people are evangelical believers. Japan is traditionally considered a hard ground for the gospel. In fact, it’s been referred to as a “missionary graveyard.”

TWR had been airing Christ-centered programs to Japan via its powerful shortwave station on the Pacific island of Guam, but the ministry expanded in 2011. Doors to FM broadcasting opened after a devastating earthquake and subsequent tsunami and nuclear disaster rattled the country. TWR ramped up its production of customized programming to minister to people in crisis, beginning with a Bible-permeated counseling program — Season of Hope — over Japanese FM stations in the tsunami-hit region.

Local FM stations throughout Japan soon recognized the value of programs from a biblical perspective and began airing them. While Season of Hope addressed the psychological needs of survivors, TWR produced other daily broadcasts:

At the same time, TWR is uploading previously aired content such as Power of the Gospel onto its TWR360 smartphone app. This digital platform expands TWR’s ability to reach even more Japanese listeners.

But ministry goes beyond programming. In partnership with Japanese churches and volunteers from overseas churches, TWR is helping to distribute the Gospel of John and Bible tracts, as well as flyers about TWR’s programs and the local churches. People who had never heard the gospel before are coming to church and committing their lives to following Jesus.

One hard-to-reach audience TWR is praying about how to connect with are called hikkikomori, people who have withdrawn from society. They avoid personal or social contact and live in self-imposed isolation for an extended period of time, six months or longer. These recluses usually hole up in their bedrooms in their parents’ homes.

“We are amazed at how God has grown the ministry in Japan,” says Ethan Koh, TWR’s international director of the Northeast Asia region. “From one program in 2011 to seven programs broadcast over 20 FM stations today, God is doing something special in Japan, and we are privileged to be a part of it. With the support of believers around the world, our prayer is that God will continue to enable us to share his Word with the people of Japan.”