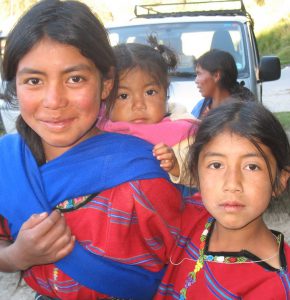 Jerry Wiles, Senior Associate for Training in ION reports on his involvement this year with Living Water International:

Living Water International has been involved with Orality Training, and Orality Training for Trainer (OT4T) for almost a decade in Mexico, Haiti, Nicaragua, El Salvador, Honduras, Guatemala, Brazil, Ecuador and Peru. We have trained several thousand in our basic Orality Training Workshop (an introduction to Contextual Bible Storying). We have experienced much fruit from getting people on the journey with this model. In recent years we have focused more on Orality Training for Trainers (OT4T) and more advanced methods and practices. We find that spending more time with fewer people has a deeper and more long term impact.

One pastor who was trained in Nicaragua was captured with the power of orality methods and begin doing training on his own. After about a year using the stories and orality methods in the villages,
he began training others. At a more advanced training workshop two years ago, this pastor reported that he was then training an average of 50 people  each month. He reported that approximately 200 people were coming to the Lord on a monthly basis.

On a recent visit to Haiti, we heard reports from pastors who participated in an Orality Training two years ago. They said their churches were growing and planting new churches at a faster rate because of using orality practices. They told us of how their Sunday School classes were increasing in attendance as a result of using orality methods. 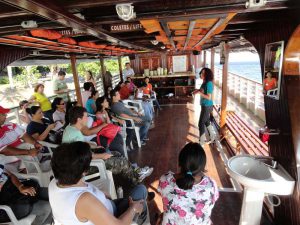 A Bible translator in Mexico reported that he had changed his methods to become more “oral learner friendly” and was experiencing greater results. In fact, he said that what before had taken about seven years he could now accomplish in one year. He was so excited at how “oralizing” his methods made translation much more effective.

Orality strategies are important to LWI’s work in the Amazon basin in reaching out to tribal groups who are only accessible by boat or canoes. In fact, some Orality Training workshops have been conducted on boats anchored on the Amazon River.
In the Latin American context, we have many women and children participating in Orality Training. Many of the women have never had the opportunity to attend school. One older woman said, “This is how my father use to teach me the Bible.” She was reminded of the simplicity of learning and telling stories and gained a renewed excitement to share them with others. Children as young as 6 and 7 years old often participate in the workshops and learn the stories, sometime faster than the adults. Pastors and church leaders observing this begin to catch a vision of the potential of training, equipping and mobilizing “storytelling evangelists” at every age, socio-economic and educational level. 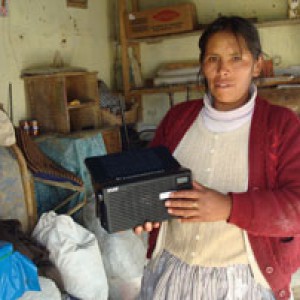