It was with great pleasure that HSI entered into its first project last autumn within a particular East Asian region. Justin Harper, an ethnodoxologist who previously lived there for two years, was the catalyst in opening this area to us.

Accompanying him was Mark Lucas, a musician/ethnodoxologist/recording engineer, and Ken Davidson, a co-founder of Heart Sounds International.
Our focus was to offer a songwriting workshop and make a recording of ten previously composed worship songs.  In addition, the team offered training in the use of recording equipment so that they could produce their own recordings in the future.

Skilled Christian musicians were gathered from various cities.  In our typical Heart Sounds fashion, a make-shift recording studio was created from a prayer room in a coffee shop where a mixture of traditional and pop musical styles were recorded for this one-of-a-kind Christian worship album.  The Asians in the project highly value traditional Asian vocal styles and instruments and included them in the songs.

It is hoped that the recording will be a great encouragement to this young church in a land of persecution and oppression. Listen to Praise to Him, one of the songs from the project! 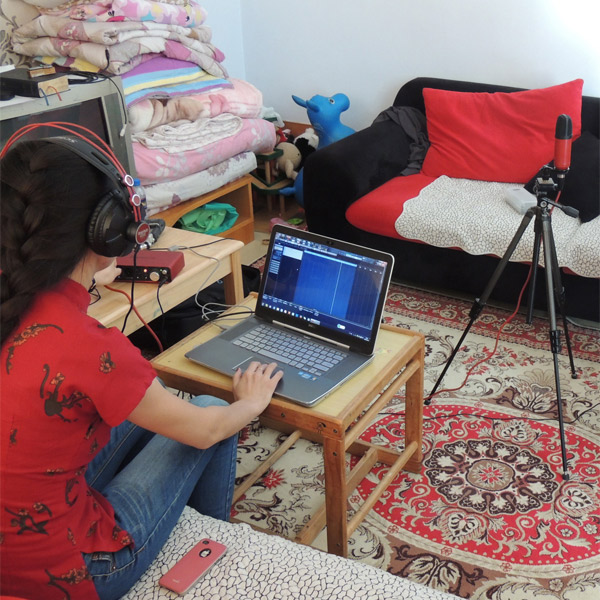