Chapter 10 – From Storytelling to Church – the Heart of the Matter

Whenever people ask me why I am so passionate about orality, I tell them that I am not passionate about orality—I am passionate about reaching people with the Gospel and unleashing others to do the same. I tell them the story of a woman I’ll call Pemba. I met Pemba on a hillside in Nepal. She was attending a training in oral church planting that I was giving for a group of pastors. An illiterate teenager, Pemba rarely said a word among the pastors and evangelists. I don’t know if I would ever have remembered her if it were not for the second training I did with this same group. Of all the groups I have trained, this one was the most unresponsive.

Our trainings are interactive and build on previous training. If the participants have not put into practice the principles of the first training, then the second is not very useful. We require each participant to go out and share stories both during the training and between trainings. This particular group of people seemed determined not to do a single thing I asked of them! We had reached the end of the second training, and it was obvious that these pastors were not buying into the principles of sharing stories orally and leading house groups through storytelling. They were certainly not going out and sharing their stories.

When the leader of the group asked me if I would come back  to do more training, I responded, “I don’t know when I will come back, but I guarantee I will not come back if you are not doing what you have been trained to do.” An uncomfortable silence followed. I was about to break it with the all-too-familiar closing remark, “Let’s pray,” when I heard someone sobbing. I was shocked to see Pemba standing in front of me and the rest of the group. 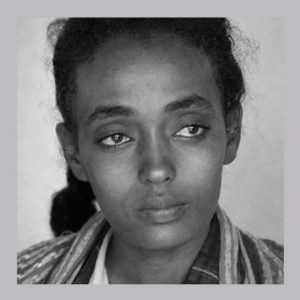 “Please don’t think we are not telling the story,” she struggled to say in broken English beneath a flood of tears. “We are telling. Please come back. This is something I can actually do.” It turned out that Pemba and her brother had been trekking through the mountains for three days to get to the trainings. They had been telling their stories along the way, and in the three months between trainings they had planted six churches! All too often we look at God’s anointed people like Pemba and dismiss them because of their low level of formal education or literacy.

Over the past few years, missiologists have given greater consideration to the issue of orality in communicating the gospel to the majority of the world’s oral preference learners. It is unfortunate that orality has been labeled as an “issue” or a “problem” to be overcome when in fact it might be the key to equipping and unleashing millions of Pembas around the world.

Three decades ago, another Nepalese girl who had been kept hidden in a bedroom for years because of her family’s shame over her physical handicap heard the Gospel and met the Lord. Neighbors continually persecuted her, but she held firm to her faith in Christ. After some time, she married a man who, like her, had physical mobility challenges. In 1992, a Nepalese evangelist from a nearby district challenged them to start a work in their home village and they began by investing time in developing new leaders.

By 2008, they had begun a network of eleven churches in Western Nepal. In early 2009, the leaders of this network were trained in the use of Chronological Bible Storying for evangelism and starting new fellowships. The pastors’ mobility was limited by their wheelchairs, but that did not stop them from mobilizing fortyfive trainees to implement what they learned for evangelizing and planting new fellowships. Within a few months the trainees had shared the Gospel with four hundred people and begun seven new fellowships in remote areas. Their primary tools were Bible storytelling and personal testimonies. They found that people who are primarily oral communicators—especially women—responded well and were easily able to reproduce this kind of ministry.

Reproducibility is the key to any church-planting strategy. Oral learners are most likely to reproduce stories from the Bible if they are well told in the mother tongue and in the storytelling style of the oral learner. It is not enough to tell stories. The stories must be retold by those who hear them. If the stories we tell cannot or will not be retold, they are not worth telling in the first place. In the same way, it is not enough to train a select few to tell stories. Those who are trained must, in turn, train others.

This is the lesson that Ganesh learned. Ganesh had been a radical Hindu nationalist in Southern India before he became a believer in Christ. When he followed Christ, other believers were suspicious of him in much the same way believers in the early church were suspicious of the newly converted Saul of Tarsus. Also like Paul, Ganesh eventually became a leader among the believers. He was well respected and was seen as a pillar of the local church. But Ganesh wanted so much more! He passionately wanted every member of his people group to come to know Christ. He was convinced that the best way to do this was to plant reproducing churches.

Ganesh partnered with an expatriate missionary to learn how to train his own people to plant churches. Initially, Ganesh saw some fruit, but he quickly realized that he could not train the majority of his people to start churches because they were illiterate, so he asked for help. Ganesh learned an effective evangelism strategy using stories. He began teaching his illiterate brothers that they too could share God’s Word with others. He taught them to share their personal testimony in order to connect with the person with whom they were speaking. He taught them then to connect their audiences with Jesus by telling a “hook” story— 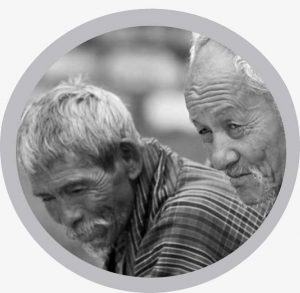 the story of the demon-possessed man from Mark 5.

This story shows that Jesus desires and has the power to radically change lives. Ganesh then taught them a Gospel presentation story spanning from the creation of the world to the creation of the Church. In this way, these illiterate believers were able to share their own faith stories, and also share with others how they too could become believers in Jesus. This method led into explaining the first steps of obedience for new believers—baptism, sharing their faith with their family and friends, and joining in fellowship with other believers for discipleship, accountability, and worship.

This new training revolutionized the church-planting efforts among Ganesh’s people. Now everyone was able to start a church! What’s more, the highly literate church planters with whom Ganesh had been working realized that they also preferred to use the storytelling method for evangelism and church planting. Over three hundred churches were planted during the first six months of this new storytelling ministry. Once the churches were planted, they continued to function as storytelling churches. Each week, the people learned a new story, beginning with creation and building chronologically to the return of Christ. Today, many of the churches have completed this first set of twenty-eight stories and are now working through another set of twenty-three stories taken from the book of Acts that show what a church is and how it should function. Despite this movement of God among his people group, Ganesh was not satisfied. Many people were able to share the Gospel now, but Ganesh noticed that most of the new churches were led by him or by church planters he had trained. He knew that if every person were to come to know Christ, then every believer should be challenged and equipped to plant and lead his own house church. But how could that be possible?

Ganesh learned that the very way he structured these house churches was the key to reproducibility. He no longer provided training events in different villages; instead, he trained a handful of trainers who would then start groups that met regularly. They worshipped together, and every week they had a time of loving accountability. The leader of the group asked the people individually if they had been sharing their faith and if they were training others to do the same. If any were not, the leader spent time with them to find out the reason. Sometimes, members of the group were not able to recall the stories. In that case, the leader knew they needed more time to learn them. Oftentimes, there were issues in the believers’ lives that kept them from sharing, or there was a real threat of persecution. In this way, the accountability portion of each week’s meeting became a chance to remind those in the group that they needed to be obedient to God’s Word, and also a time where the Body of Christ could minister to one another.

After this time of worship and accountability, the trainer/ leader/pastor told a new story for the group to learn, and everyone in the group was expected to retell the story and participate in discussion. Finally, the leader brought before the group the vision that everyone needs to hear the Gospel and the only way for that to happen is for everyone to be sharing the Gospel. The group members formed pairs and practiced how they would lead this same session with the groups they were leading. In this way, every member was encouraged to start his own group and was equipped to do so. The group members then spent time in prayer. The session ended with the leader sending out the members of the group with the commission to share their faith and train others to do the same. By making these key adjustments, Ganesh spearheaded this movement of highly effective evangelism into a movement of highly reproducing church planting. There are now thousands of new believers, and churches are planting churches to the second, third, and fourth generations.

Oral strategies make it possible for every believer to start and lead a house group. Using simple, “retellable,” oral stories in the language and storytelling style of the people group is essential. However, reproducing church planting occurs when these stories are combined with a reproducible church-planting strategy that equips and challenges believers to share their faith and start groups in which they are discipling other believers through the use of Bible stories.

What would the Church look like if every oral believer were equipped to share his or her faith and also to disciple groups of other oral believers who, in turn, were doing the same? Perhaps God would call out more Pembas who would, for the first time, feel capable of sharing the Gospel and planting churches. I pray that God will call out more people of vision like Ganesh, who will not be satisfied with three hundred churches or even a thousand, but who long to see their entire people group reached with the Gospel through use of oral church-planting strategies.

Stephen Stringer has been teaching people for the past ten years to share their faith, disciple others, and plant churches using Bible storying. He and his family have lived and ministered in France, Benin, and India. He currently lives in Bangalore, India, and travels around the world training, consulting, and coaching. The developer of the churchplanting strategy, Storying Training for Trainers (S-T4T), Stephen believes that Bible storying is the key to reaching the majority of the world’s people who choose to learn through oral means.