Chapter 12 – The Potter and Mass Media

Bright futures! That’s all one could imagine while watching fifty children converge on a muddy floor to listen eagerly to Bible stories. We had traveled by ferry across the Mekong River to Kok Dack Island in Cambodia. There, the children displayed nothing but hope as they gathered on a Saturday afternoon to listen to Bible stories from their favorite DJ on their favorite radio program. We could see a fertile harvest field of little hearts right in front of us.

One young girl brought our idealistic minds back to reality. She confided that her mother would no longer allow her to attend Bible study. Now that she had reached puberty, her mother was sending her to work at a casino near the Thai border. What kind of desperation must drive a mother to trade her babies off to sexual slavery? How can a young girl continue to listen to God’s Word when human and cultural barriers imprison her? Can we hope to transform the worldview of mothers who trade their children? Can we influence children toward God with such a short time available?

The answers to these seemingly hopeless questions are further complicated by the barriers of an oral society in a country seriously lacking basic infrastructure. Not even a reliable postal service exists to enable a simple correspondence course. But then, what use is a reliable postal system when much of the population is illiterate? Where literature cannot help, mass media can be used to broadly sow God’s Word and change worldviews and lives. 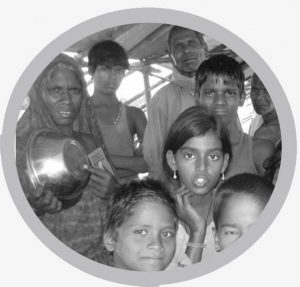 Hope rises every year as more than twelve thousand Khmer children respond to the 15-minute program, Chronological Bible Stories, aired on twelve FM radio stations throughout Cambodia. Children draw pictures of what they remember from the stories they have heard on the radio. They send them to Trans World Radio (TWR)1 through “ postal delivery” volunteers operating in local churches. In this way, the Lord brings hope to listeners in an oral society, and hope to Cambodian believers who use media creatively to influence the minds and hearts of little ones!

This broad-sowing media activity requires strong networking and coordination at the ground level. TWR leaders have learned to network with over five hundred churches. Fifty-one Khmer believers help to coordinate children’s clubs where neighborhood children gather each week to listen to Bible stories. In 2008, more than three hundred children professed their faith in Christ at these clubs, spurred on by TWR programs.

While we can feel satisfied that we have sown broadly to reach Cambodian children while the “harvest is plentiful,” this does not resolve the question of what, if anything, can be done to prevent women from trading their children for their own survival. The plight of Cambodian women, who form the majority of the non-literate population, is another strategic focus for broad-sowing through media. These are women restricted by cultural barriers. But broad sowing of God’s Word will never return in vain. TWR Cambodia staff heard the story of a woman who traded her child. After listening to a Women of Hope program on the issue of trafficking, the Spirit of God convicted this woman. What could she do? She went and bought her child back. What lessons do we learn from these experiences other than to use media strategically to reach oral communities?

Youth are also often found in hard-to-reach places. How can we reach out to the numerous youth in the monasteries in Cambodia? How can we reach those exposed to vulnerabilities in the cities? Mass media is one of God’s solutions to reach beyond barriers and boundaries. For example, a young monk recently visited TWR in Cambodia to share his story of being a loyal listener to the youth radio program. We can capitalize on these experiences to use media strategically to broadly-sow seeds that will reach people who sometimes cannot be reached by traditional methods.

The story of the Potter

The lessons learned in using mass media to reach the children, youth, and women of the unreached Khmer people group became the impetus for prayerful attempts to reach this group more thoroughly with the truth of the Gospel. Samnang, a trained Bible college pastor who attended orality training, knew how valuable it would be to use oral learning methods to reach the Khmer oral society. The Lord slowly unfolded each step in the process, enabling Samnang to develop a media strategy. The Potter was molding the clay.

Samnang and a team of five people conducted worldview and media habit studies among one hundred Khmer people living in twenty different villages in Cambodia. In an oral community the researcher is seen as a stranger and people are suspicious of being sought out to answer questions. The villagers were willing to answer general questions, but the moment faith-related questions were raised and the researcher was suspected of being from a Christian group, it became challenging to get answers. We learned to wait to gather worldview information until relationships were established. Relationship-building is essential before information-sharing will begin in an oral community.

The studies of worldview and media usage habits were completed and Samnang and his team leader, Veasna, decided to meet with Pastor Barnabas (who is known in the Buddhist world for his storytelling). Pastor Barnabas, Regional Director for Ambassadors for Christ,2 was from a Khmer Buddhist monk family background but later became a follower of Jesus. He understood the Khmer people’s worldview and used his spiritual gifting to tell Bible stories in many villages in Cambodia. Samnang and Veasna wanted to partner with Pastor Barnabas in using media to tell stories, so they heeded his advice to focus on a prayer strategy before launching the intended project. The importance of seeking the Lord in prayer also enabled Samnang to bring along prayer partners from several other ministries,3 as well as many local church pastors involved in reaching oral societies. This proved to be a fruitful strategy as it compelled those working in oral communities to gather quarterly to pray and share what the Lord was doing in their area of work.

The evidence of the Lord’s blessing through the prayer network inspired Samnang to explore partnerships with other organizations working with the Khmer people group. Thus, he was able to have Bible stories recorded on solar-powered audio devices from the Inner Change4 organization in Cambodia. These devices were distributed to Khmer evangelists who took them into villages to reinforce their message. Pastor San was one of the pastors who received an audio device. He reported,

Pastor San’s report gave Samnang a model to provide focused media to local church leaders and evangelists who use it as a bridge to share compelling Bible stories with oral societies within their own culture.

In developing such a broad-sowing strategy, Samnang used his worldview research to arrive at a list of story sets to build bridges to those with the Khmer worldview. Pastor Barnabas came forward to record the stories, thereby enabling quality storytelling and recording in the Khmer language. To reinforce the message, stories are turned into songs composed according to the traditional musical genre. The Lord enabled Samnang to identify Khmer believers, gifted in writing poetry which they often put to music, and the songs were recorded using Khmers singing in their traditional Khmer format. Another valuable lesson was learned as these stories were turned into songs: they became a major resource for the local church to use in their effort to reach the unreached. The songs create a bridge to communicate with God not only as the God of Jacob, but also as the God of the Khmer people.

Samnang field-tested the 30-minute radio programs with thirty-five oral communicators gathered from twenty-four villages. He used the oral learners’ principles of dialogue, story, and song format to present the truths of the Gospel. They learned that the oral communicators preferred stories that were longer than thirty minutes, as well as many songs. Unfortunately, cost factors confine the radio program to thirty minutes! Further, based on the study of media usage habits, Samnang selected four FM radio stations that cover five major provinces. Unfortunately, limitations in funding allow the broadcast to be aired only once a week. To build a more effective outreach, three days of broadcasting is preferred, and probably required, to help the oral audience remember the stories.

Many lessons have been learned in the process of this pioneering operation. The research activity that began in August 2007, followed by prayer, networking, partnership, story, and song development, along with the necessary fundraising, took two years before the broadcasting of stories began in September 2009. Two lessons stand out: trust in the Lord to (1) open doors and pour out His resources and (2) enable a work of unity among the Khmer believers and missionaries and their organizations.

The field is ready for the seeds to be sown in cooperation with local church leaders who are willing to distribute the songs and form listener groups. This allows people to listen to the stories together and, as a community, learn about God’s Word. The Holy Spirit at work will enable us to reap the harvest.

The Potter and the clay

The question to ponder is whether Christian media has been used strategically in Cambodia to reach the oral society. So far the answer is no, as we have not yet used Christian media to its fullest potential. When we examine the tremendous impact of commercial media on society, we can only imagine what a difference we could make if mission groups would use Christian media to create a greater impact and influence for the good of the Cambodian people. The clay is still being molded.

What an impact we could make if community development ministries were to collaborate with mission media ministries to create public education information. Topics such as farming, health, family education, moral values, and poverty alleviation could be conveyed using oral learner principles. If Christian media ministries broadcast these messages, there would be a greater spread of awareness and impact. Focused media (such as solar-powered audio devices) could boost the impact as the messages are distributed for group or community learning.

Complementing public education information, Bible stories can be developed to change listeners’ worldviews and bring them to the knowledge of the Almighty God and the experience of Him as Savior. Closer collaboration between media ministries and other field-related missions would also be helpful, as would broadcasting consistently, seven days a week.

Further collaboration with local churches would be enhanced if church buildings were to be used for community-related work during weekdays. The doors would be opened for stronger collaboration between parachurch organizations and local churches to meet the needs of the oral society collectively. Focused media can assist in providing a bridge to the oral society to enable them to learn and grow. The opportunity the Lord has given to ministries in Cambodia is a testimony to the Potter shaping the clay. If we respond in a unified manner, we can make a major difference in reaching the oral society in Cambodia.

3 Partnering ministries were those such as Ambassadors for Christ, Food for the Hungry, and Mission to Unreached Peoples.