Orality Breakouts – Chapter 16 – Stories for the One Child Generation

Chapter 16 – Stories for the One Child Generation

Stories are priceless. They can bring joy and a sense of appreciation and arouse creativity. They stimulate our imagination and develop new thought patterns. They can be especially useful in helping a child to develop good behavior and a healthy personality, and they help promote correct values. Any child growing up without listening to stories has truly missed out on a great deal in their childhood.

Since Trans World Radio (TWR) first began broadcasting in 1977, children’s programs have played a very important role in our broadcasts, and storytelling to young people has been one of the highlights. These stories have taught children to understand God’s truth, to know Jesus Christ as their Savior, and to reverence and worship God. In this regard, we have had the unique opportunity to minister and influence the “one child per family” generation in China. A storytelling program that TWR first produced back in the 1980s, Please Listen to What I Say, is aimed primarily at children. The program producer began by adapting true-life stories that were encouraging and moving and caused the listener to think about life, both morally and philosophically. From the start, the presenter and listeners had wonderful interaction through the airwaves. The foundation was laid for a strong tradition of reaching children with the gospel through storytelling.

China’s culture has a vast and profound history, and its oral tradition, which is extensive and deep, is one of its gems. Anthropologists say that down through the centuries oral rather than formal, written education was the learning method of the majority of Chinese. Even today, since most farmers are illiterate, orality plays a very important role in passing on culture and customs in traditional societies. Besides using songs and rhymes to sing the story or to portray the image of a character, they will also tell folk tales. These include fairy tales, legends, fantasies, and animal stories, along with secular, philosophical, and educational fables. Of course, there are still the historical stories, revolutionary stories, and stories of heroes.

The stories that are passed on orally vary from region to region. According to one Chinese saying, “There are different styles within ten villages, and there are different customs within ten miles,” so it is natural that different styles of stories will arise. These are all local creations of the common people, but spread widely through oral communicators. Children in China have traditionally heard many interesting stories, different in style and customs, and their lives have been enriched.

Storytelling remains an active part of folk culture in China, and some extraordinary story villages exist. For example, in Geng village in Gao Cheng County, Hebei Province, there are only 1,200 villagers, but one-fifth of them are accomplished storytellers. Further south, in Hubei Province, there is an old village called Wu Jia Gou, which has around eight hundred inhabitants. From the oldest to the youngest, everyone knows how to tell stories. In the west, Zou Ma Town in Chongqing is known as “the village of the folk stories in China” and the primary school includes storytelling in its syllabus.

Given this rich oral history, the results of recent research into storytelling in families today is surprising and disturbing. A recent article reported that fewer and fewer parents tell stories to their children.1 Only 20% of the children questioned had heard the story “Brushwood and tasting gall,” and around 36% knew the story “To proffer a birch and ask for a flogging,” although both were once universally known and loved. Of those who knew the stories, 75% said they learned them at school and only 5% heard them from their parents. Scholars have raised concerns about the findings. It seems that parents no longer recognize the importance of storytelling, and as a result many children have missed out on much of their classical traditional culture. In 2007, a survey was conducted with 4,464 parents with young children in Beijing, Shanghai, Guangzhou, and Chongqing. The results showed the parents spent an average of 2.8 hours per week telling stories to their children, whereas 10 years ago the average was 3.4 hours each week. 2

How to tell Bible stories to children 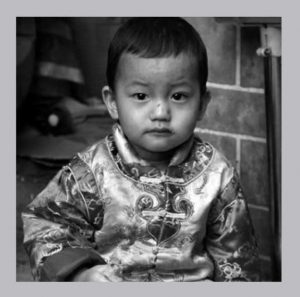 The traditional folk stories of China concentrate on teaching and entertaining, cultivating moral discipline, and passing down cultural norms. They operate at the level of human personality and artistic cultivation. However, the truths in the Bible penetrate at the spiritual level and bring the possibility of receiving new life from God and growing to maturity in Him. This is our hope for China’s children.

Proverbs 22:6 reads, “Train a child in the way he should go, and when he is old he will not turn from it.” In today’s society, where the value system is twisted and our wants are exploited, we need to urgently begin teaching our children the truth of the Bible at the earliest possible age. It is vital to build into them a proper value system and encourage obedience to God’s Word. The most effective way to lead children to the Lord is to tell them Bible stories. They, in turn, will tell stories to others, including their parents.

Let us look at how we can tell Bible stories to children. Eight or nine experienced children’s programs producers have offered valuable input. Below is a summary of their comments.

Having chosen the topic of the story, perhaps covering a Bible book or theme, or adapting good adult Sunday school materials, we need to master the basic techniques of storytelling for children. These are presented under three headings: form, use of tone and word, and stimulating the child’s imagination.

One valid approach to telling a Bible story is simply to tell it as it appears in the Bible, using a normal voice and perhaps adding appropriate role play to bring it to life. But avoid adding any extra description that goes beyond the Bible narrative. The important thing is to convey to the children the key points in the story in an interesting and appropriate manner and within the usual five- to tenminute attention span of most children.

At other times we might vary the speaking voice for different characters to attract the children’s attention and interest. During the narration we could ask questions to interact with them and bring out the main points. We could also present the story as a drama with several actors, each describing the scene in detail. This would help trigger the imagination of our audience.

Our tone of voice should vary to make up for the deficiency in visual content. Use colloquial and simple words to connect with the audience. We might exaggerate our voice and emotions when explaining to add emphasis and also add different sound effects for dramatic effect. Hand or body movements during role play are also an effective way of presentation. Vary the tone by speaking faster or louder at an exciting part to create the mood of the story. We could also alter our voice for different characters (young vs. old, men vs. women, loyal vs. wicked, etc.) to distinguish them.

We could also use different voice tones for different personalities. For example, in the story of the widow who offered two very small copper coins, we could use a very soft tone when playing the part of the widow to show her lack of self-confidence—and then change to a very loud or proud voice when playing the part of those who offer a lot, to emphasize their pride and confidence.

The power of human imagination is one of the storyteller’s greatest allies. A well-told story creates its own world in the mind of every listener. This helps the listener to own the story and take it to heart. The tone of voice of the storyteller, whether peaceful, exciting, slow, etc., will allow the children to imagine while listening. They create their own mental picture of the characters in the story, which helps hold their attention. Using the listeners’ mother tongue will also touch their hearts and lives as nothing else can.

Letters from our young listeners over the years show that the seed of the gospel has been deeply rooted in their hearts through Bible storytelling, and that seed is bearing fruit. God has greatly used His storytelling servants, who have told stories to children in their mother tongue.3 This is evidence that oral ministry, faithfully and properly practiced, is very effective in reaching children with the Gospel and affects the lives of many.

The challenges of Bible storytelling in China

There are approximately 400 million children in China, and very few of these have the privilege of listening to Bible stories. Recognizing this need, TWR not only trains teachers through its broadcasts, but also sends teachers to China for teacher training workshops. Through the practical demonstration of good teaching techniques, we hope to help Sunday school teachers in China instill correct values in their children.

Partly as a consequence of China’s “one child” policy, families are generally very serious about the education of their children. However, the education system tends to put more emphasis on academic achievement and less on developing good moral standards. So the big challenge for Sunday school teachers and Christian parents is to know how to present spiritual truth and reality through oral Bible storytelling. 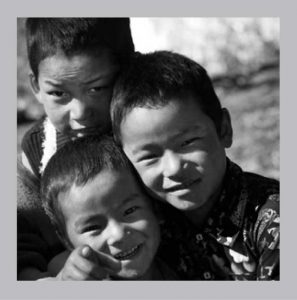 Storytelling is a gift from God. Children are very curious, innocent, and open to the Gospel and to becoming Christian believers. But they are also very open to other influences. They are like a piece of white cloth. If you dye it blue, it will become blue; if you dye it with yellow, it will become yellow. We must influence them for Christ while they are still young and we have the opportunity to tell them the Bible’s great, life-changing stories. We should master the mother tongue of our listeners, practicing diligently, and grow increasingly in the art of storytelling. And we must have a sincere and loving heart that wants to present the stories of the Bible with the best that we have. I truly believe that God has already done, and will continue to do, wondrous work in the hearts of our listeners as we share with them His powerful Word through the gift of storytelling.

1 Article is published at http://www.fyeedu.net/ and based on a survey done by Fujian Normal University, College of Society and History.

2 The Family Education Society of the China National Society of Early Childhood Education.

3 In the case of China, we use Mandarin as the mother tongue.

Fay Leung joined TWR-Hong Kong in the early 1980s, producing scripts for children’s programs and translating English scripts for Mandarin productions targeting China. Her early experiences as a secondary school teacher and in freelance translation and recording provided valuable experience for ministry. In September 2001, Fay resumed her service as a Mandarin producer at TWR-Hong Kong, hosting a counseling program and a youth program via webcast. Presently, she produces a program for the elderly. Fay and her husband have four children.