A new kind of happiness

As the jetliner flew past eight of the ten highest mountains in the world, I knew I was in for an adventure. To my left I could see Mt. Everest towering high above the other mountains. It seemed close enough to touch. The plane turned north, into the mighty Himalayas, and began its descent. We navigated the granite mountains, going deeper into the valleys. Suddenly, the plane swooped around a hill and before us laid a beautiful valley with the airport below.

I stepped off the plane on to the tarmac and was dwarfed by the jetliner, the jetliner dwarfed by the brightly colored traditional pagoda airport buildings, and the airport buildings dwarfed by the mountains behind. Airport, immigration, and customs officials scurried about, wearing their traditional dress–the women in kiras and the men in ghos. “I have arrived in a magical kingdom,” I thought to myself, a kingdom that even included a handsome prince (who would eventually become king). I was hooked then and there, and I instinctively knew I would be back, that somehow Bhutan and I were bound together by some sacred silk cord that I couldn’t see.

The drive from Paro to the capital city of Thimphu left an indelible impression on me. The pristine rivers and forests, the high surrounding mountains, the traditional architecture, the rice fields and cultivated red chili peppers, the temples and monasteries—all contributed to the uniqueness of this tiny Himalayan kingdom with a population of only 600,000.

I was in Bhutan on a personal visit, staying at the home of friends, and it happened to be the week of celebrating the king’s birthday, a national holiday. One day, their house was filled with friends, acquaintances, and invited guests (about eighty people total), and I found myself telling stories to the entire group. The theme of the stories was hurting women and the men who cause them pain. Each story had the idea that even though men took away the dignity of women, God could restore it through self-worth and personal identity. When I finished, the response was quite disappointing— blank stares, especially from the women. “Well, that went over like a lead balloon,” I thought to myself.

Later that day a woman came up to me. As we sipped tea she said, “I know you were puzzled by the way the women responded to your stories today. I want you to know, though, that it’s not that they didn’t respond; it’s that they didn’t know how to respond.” She went on to say that the stories spoke to the women at a very deep level, and that they all identified intimately with them. “You told my story today,” she said, beginning to weep. “My husband doesn’t love me. Oh, he provides for me, but he doesn’t love me. I cook and clean and give him children, but he doesn’t love me. I know he doesn’t. There’s one thing I do know, though, and that is God loves me, and that gets me through.” She continued crying.

It sounded intriguing. I worked for a small non-profit ethnographic research organization with a specialty in oral communication and oral cultures, and thought surely I could speak to the issue. I have always operated from the premise that stories, as well as 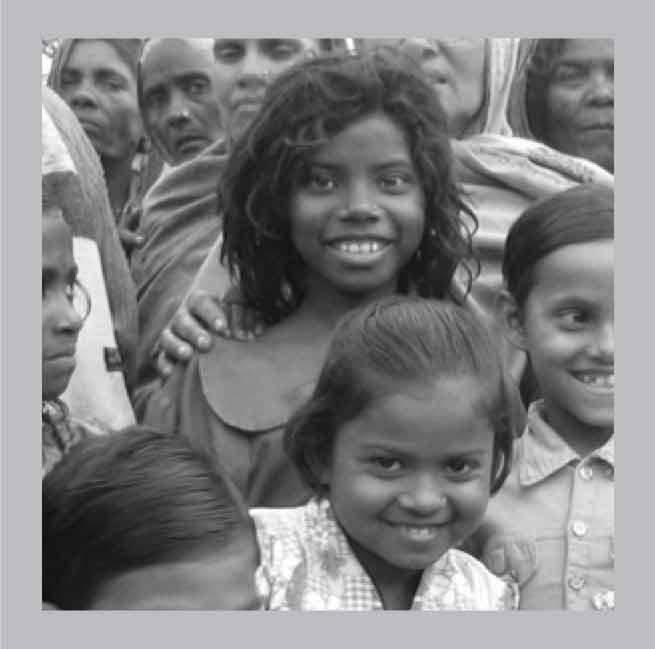 life events, shape our perceptions of reality or worldview. Deeply rooted happiness is a worldview issue, and surely stories have a role to play in “operationalizing” happiness. Besides, I loved to research and write, and this sounded like a fascinating challenge.

While researching Bhutanese traditional stories and storytelling in preparation for my paper, I learned that by beginning a story with dangbo, dingbo (long, long ago), the audience detaches itself from its present world and enters the fascinating land of folktales where they identify themselves with the heroes and the outcomes of the story. Another formulaic expression for opening a Bhutanese folktale is henma, henma (once upon a time). Little by little, the narrator tells his tale, punctuated with dele (and then), adding elements to quicken a sense of timelessness, a feeling of long ago and far away.2

Loaded with this new information, I decided to try my hand at creating a new tale to illustrate what I had in mind concerning stories and worldview. I now stood before eighty other presenters and an audience of over three hundred that included royalty, aristocrats, members of state, diplomats, academics, and students from around the world. They were all delegates to the first International Seminar on Operationalizing the Concept of Gross National Happiness (GNH). I began my presentation with my newly-crafted story.

“Dangbo, dingbo,” the old man slowly uttered. “Henma, henma.” “Long, long ago and once upon a time.” The circle of crowding villagers around him grew quiet and still. Sparks from the burning fire drifted upwards, creating a magic of their own, competing with the impending magic of the story about to come. For a few moments the storyteller drew incomprehensible designs in the dirt with his walking stick, then pulled his kabney tighter around him to ward off the chill of the night. Eventually he looked up, his piercing eyes reflecting the burning fire and projecting the wisdom of generations before him. “When few stones and pebbles could be seen,” he said. “When the saplings and grasses began to sprout out in greenness. When a few drops of water began to drip… first in the upper direction; then in the lower direction; in that direction; in this direction….” On and on he went, with a tale captivating and enchanting, punctuating various parts of the story with “dele” (and then), leading his audience from one event to another. Not a word was said by those around him; not an eye strayed from the figure huddled by the fire— until he was finished. Then there was a collective sigh, with smiles on their faces and murmurs of approval. One said, “We can be like those of this story! Are we not as good as they?” The others responded, “Yes! Yes! We are as good as they! We can be like them!” Then there were pleas for another story from the wandering storyteller who stopped by their village to entertain them for the night. They would stay up late, absorbing the stories of the old man like dry parched ground drinks in drops of freshly fallen rain. And long after he’d gone they would recall his words, the details of his stories, telling them to others, who in turn would pass them on. “All is right with the world,” they would say upon hearing the tales. “We are content; we are happy.”

Transformation at the heart level

I read a book by Brent Curtis and John Elderedge recently that talked about story being the language of the heart.

The heart does not respond to principles and programs; it seeks not efficiency, but passion. Art, poetry, beauty, mystery, ecstasy: These are what rouse the heart. Indeed, they are the language that must be spoken if one wishes to communicate with the heart. It is why Jesus so often taught and related to people by telling stories and asking questions. His desire was not just to engage their intellects but to capture their hearts.3

What is worldview, and how does it affect culture? Succinctly stated, worldview concerns basic underlying assumptions people have about reality, whether on tacit or overt levels.4 Charles Kraft, prominent cultural anthropologist and missiologist, further explained that a people’s worldview provides them with a “lens, model or map” through which reality is perceived and interpreted.5 “To discover why people behave in the ways they do, we must look beneath the surface to the things people believe and assume,” he wrote.6

British theologian N.T. Wright devoted over one hundred pages in his book The New Testament and the People of God to the principle of worldview and life transformation through stories:

Stories are a basic constituent of human life. They are, in fact, one key element within the total construction of worldview. Stories thus provide a vital framework for experiencing the world. They also provide a means by which views of the world may be challenged.7

Wright argued that this is why Jesus often told stories, particularly parables. He intended to challenge the existing Jewish worldview and provide an alternative picture of a reality Jesus called “the Kingdom of God” or “the Kingdom of heaven.” Wright said, “Stories are, actually, peculiarly good at modifying…other stories and their worldviews.” He added that the parable hides 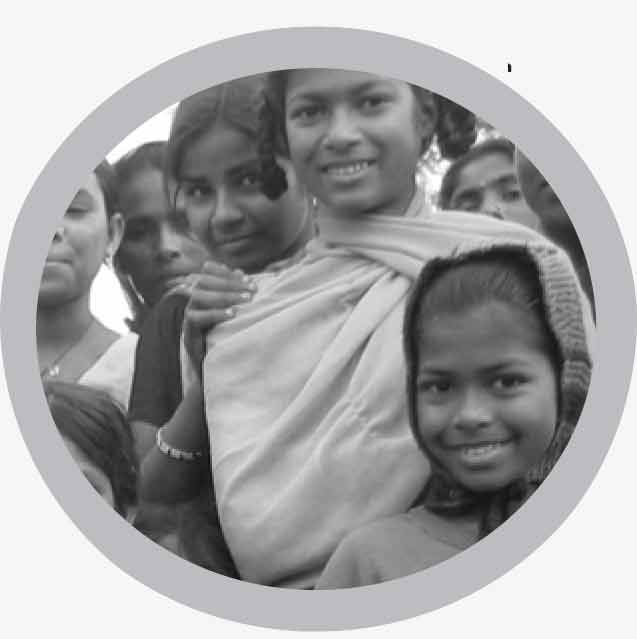 the “wisdom of the serpent behind the innocence of the dove,” gaining entrance and favor which can then be used to change assumptions which the hearer would otherwise keep hidden away for safety.8 In essence, Wright said, in order to alter one’s worldview, he or she must hear a better story.

With worldview and culture, one mirrors the other, and one’s values are inextricably linked to both. “Values can be viewed either as part of worldview or as emerging from a worldview,” wrote Carol McKinney. “Which way you choose to view them depends upon your theoretical perspective.” She added that worldview, values, emotions, and behavior overlap, operating both dependently and interdependently.9

In his book, Scripture and Strategy, missiologist David Hesselgrave asked the question, “How are worldviews formed in the first place?” He then answered: “…by the telling of a story (and stories within a story) and drawing inferences from it. That’s why all peoples have their story…and draw upon it to sustain their values.”10

It seems apparent that the role of storytelling in maintaining and reinforcing Bhutan’s values system is a critical one, especially concerning the nation’s policy of Gross National Happiness. One could also wonder how else storytelling can be utilized once this nation has engaged and accepted its significance in values transmission. Those working within the kingdom might learn from a woman weeping after hearing a tale of God’s love, saying, “My husband doesn’t love me, but I know God does,” and from a king who believes that his people’s happiness is much more than material possessions.

The oral traditions are not lost on this Himalayan Buddhist culture, whose values systems are eroding because of globalization and outside media influences. The rich oral heritage of Bhutan must be fully explored and exploited to draw a people to those inner values that develop, nurture, and sustain a well-being that cannot be offered by the tangible things of this world.

10 David J. Hesselgrave, Scripture and Strategy: The Use of the Bible in Postmodern Church and Mission (Pasadena, CA: William Carey Library, 1994), 50.

A. Steven Evans is a Senior Research Fellow and Communications Specialist at the International Center for Ethnographic Studies in Atlanta-USA, specializing in both crosscultural communication and oral cultures. He is widely published on the topic of orality and biblical storytelling. Most recently, he authored a book chapter: “Using the Bible in Oral Cultures” in Understanding and Using the Bible (SPCK Publishing, 2009). He serves as the Co-Chair of the Lausanne Committee for World Evangelization’s Orality Special Interest Group. He lives in Johannesburg, South Africa, with his wife.

« Why have you never told me? New Indigenous Worship Recording »