by Mark Snowden and Avery Willis

The invention of the electric telegraph in 1835 and the transmission of Samuel Morse’s code in 1838 compares as a breakthrough with the invention of Gutenberg’s movable type printing press in 1436. A telegraph wire was installed from the U.S. Supreme Court in Washington, DC, to Baltimore, Maryland. On May 28, 1844, Morse allowed a friend’s daughter, Annie Ellsworth, to choose the message. Her Bible verse arrived as printed dots and dashes on a paper tape. The trained operator in Baltimore received the telegraph and read aloud to the waiting group the question, “What hath God wrought?” from Numbers 23:23 (KJV).1

For the first time in history, speech resulted from something electronic. As orality missiologist Grant Lovejoy once put it, “Print became loud.” Today, actors bring a screenplay to life through movie theaters, television sets, radio plays, and Internet downloads. Written text messages fly through the air with the greatest of ease. The clear lines of orality and print blur in the electronic media. Walter Ong has said:

I style the orality of a culture totally untouched by any knowledge of writing or print, ‘primary orality.’ It is ‘primary’ by contrast with the ‘secondary orality’ of present-day hightechnology culture, in which a new orality is sustained by telephone, radio, television, and other electronic devices that depend for their existence and functioning on writing and print. Today, primary oral culture in the strict sense hardly exists, since every culture knows of writing and has some experience of its effects. Still, to varying degrees many cultures and subcultures, even in a high-technology ambiance, preserve much of the mind-set of primary orality.2 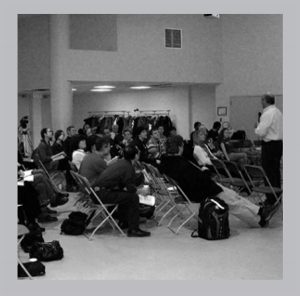 Electronic media facilitate the ability of those who can’t read, or struggle with literacy and literate learning styles, to communicate and learn on an almost equal footing with those who can read. Believers who have been awakened to the secondary orality issues are seeing a harvest even among those considered the most literate (e.g., college students). Take the case of Steve Douglass, President of Campus Crusade for Christ International (CCCI), an engineer by training, who never considered himself an “oral-preference learner.” But after being introduced to orality as a significant issue for global evangelization, he made the connection with secondary orality: “It dawned on me that students in colleges thought like this, too,” he said.

In 2005, Douglass began discipling a small group at the University of Central Florida by using oral methods, particularly storying. He began a pilot project to see firsthand if storying would work among proficient readers. The original two small groups branched into eight within four months. Douglass agreed to work beyond the initial dozen lessons and created a new set plus a onepage leader guide for each session. He encouraged the original two groups to begin their own groups. By February 2007, there were 35 groups involving 290 students. Today, these groups have spread to more than forty campuses.3

Secondary oral communicators can be defined as “people who depend on electronic audio and visual communications (multimedia). In some developing countries people are moving directly from primary orality to secondary orality without passing through an orientation to print.”4 Lovejoy, in writing about learning preferences, stated, “Secondary orality depends on electronic media and the literate people who operate it. Secondary orality uses television, radio, film, and the like to communicate the staples of oral communication: story, song, poetry, proverb, drama, and discussion.”5 He continues that when reading diminishes, then both the ability and desire to use that methodology decreases, or is replaced by other non-literate learning preferences.6

In the U.S. today, fewer than half of all adults read prose literature such as the Bible.7 Only the elite fourteen percent still read prolifically—two-thirds of college graduates fail to read with proficiency. A 2004 study reported that “literary reading in America is not only declining rapidly among all groups, but the rate of decline has accelerated, especially among the young.”8 This reflects a significant shift, especially among younger generations, toward non-print media for entertainment, information gathering, and education.9 Situations like this in the U.S. and other countries lead to a “digital divide” resulting not only in declining prose literacy and comprehension rates, but in an increasing demand for electronic (non-print) media access.10 People scan written material for items of interest, evaluate them quickly, and then look for a summary or hyperlink to a related topic. How do you think such skimming over the Scriptures affects spiritual development?

Failing to address secondary orality in the twenty-first century ignores Jesus’ first-century command to make disciples of all peoples. The first-century wisdom is for everyone to be a “proclaimer of Good News” and to help others receive a message in a way they can understand and act upon. “Faith comes from hearing the message, and the message is heard through the word of Christ” (Rom. 10:17). The Greek word for “hearing” was a common word used by the Roman Empire’s military officers in which a messenger orally communicated decision-making information. The messenger was expected to use words and styles the officers already knew. Do we consider lost people who have an oral preference—even if literate— with enough respect to bring them faith by hearing to the glory of God? Avery T. Willis, Jr., Executive Director of the International Orality Network, served as a consultant from 2006 to 2008 to a church in Idaho. Real Life Ministries is 12 years old and has unintentionally become a mega-church of 8,500 members in Post Falls, a city with a population of 25,000 people. Senior Pastor Jim Putman, with Willis’ help, led the church to implement storying methodologies in their small groups.11

“I like orality because it helps me produce leaders,” writes Putman in an upcoming book. He continues: The number one thing I hear when I ask a person to lead a small group is, “I don’t know enough.” Why? Because they have in mind that old model that says, “I have to have all the answers.” But when I ask them, “Can you tell a story and ask questions?” they say, “Of course I can do that.” When they become small group leaders, they have a place to grow and to develop their skills.12

The call for change in churches

Churches with a literate approach use a linear, analytical thinking pattern based on print media. It impacts virtually every aspect of church life, imposing learning styles alien to the culture around them. The following list is not meant to be harsh, but to reflect what we’re doing. • Expositional word-based sermons are delivered and accompanied by fill-in-the-blank study sheets. Bible verses are often out of context to make the pastor’s point. 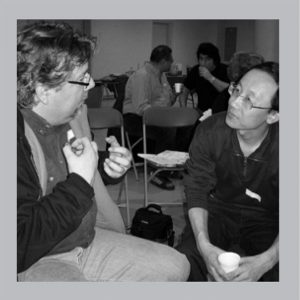 This list was developed for Christian leaders who are actually attempting to make disciples. However, the reality is that Christians and non-Christians are just not responding. Churches increasingly reduce or even stop their disciple-making efforts and focus instead on the worship “experience,” with the full intention of using twenty minutes of preaching on different verses scattered throughout the Bible to impact disciple-making. All this does is make churches and their ministries further out of touch with society. In fact, according to a Barna Group report, evangelicals are viewed as out of touch with the reality facing the very people we should be impacting. The 2007 study showed that only 3% of 16 to 29-year-old non-Christians in the U.S. gave favorable views of evangelicals.13

Developed societies around the world have a postmodern culture characterized by storytelling. Their lack of a print-based orientation has revived orality. Our modern-day storytellers are shaping spirituality in movies. Take, for example, the highest-grossing movie of all time—Avatar (2009). Jake Sully, the hero, bows before a tree and prays to it, saying, “I’m probably just talking to a tree right now. But if you’re there, I need to give you a heads up.”14 Whether the content is right or wrong, this is how modern oral communicators learn their spirituality. How should the church respond?

Learning-style preferences of secondary oral communicators have clearly shifted and not yet finished their evolution. Electronic media are alienating those who know Christ from those who don’t know Christ. The majority of the younger generations clearly prefer learning through oral means, mediated through electronic channels, rather than by the printed word and its structures. Are Christian leaders willing to engage the evolution with a discipling revolution?15 This book brings together storying and discipleship within the secondary oral cultures of the United States, estimated at 50% for basic and below basic readers. This is an unprecedented resource that pulls on many interviews and real scenarios in churches, prisons, campuses, etc., where what they call “TruthSticks” methodology is clearly working to make disciples to the glory of God.16

Just as the telegraph gave way to the telephone and so on, change can come in many forms as the Holy Spirit leads those listening to His still, small voice. We must infuse the DNA of firstcentury disciple-making into the twenty-first century. This “DNA21 Discipleship Revolution”17 brings with it risk and reward. “God is doing a fresh work in the twenty-first century,” Avery Willis says, “by making us aware of communicating truth to primary and secondary oral learners.”18 By prioritizing the need to make disciples who are secondary oral learners, believers and church leaders alike will keep embracing the best means to make true disciples.

1 Mary Bellis, “The History of the Electronic Telegraph and Telegraphy,” http://inventors.about.com/od/tstartinventions/a/telegraph.htm (accessed 14 July 2010).

15 For more on this topic and how to implement it in your own church or ministry, read Truth that Sticks (Colorado Springs, CO: NavPress, 2010).

Mark Snowden, speaker and global storying trainer, specializes in secondary orality. Along with co-authoring a number of publications on orality and developing an oral Bible for an unreached people group, Mark led in the development of the Following Jesus series and Making Disciples of Oral Learners. He also served as the Program Director for the annual workshop of the ION and has worked with the mission agencies of the SBC. He holds a MS in Communications Management and has studied at Southern Baptist Theological Seminary. Mark and his wife, Mary Leigh, live in Atlanta.

Avery T. Willis, Jr. is Executive Director of the International Orality Network. He is also a recognized international speaker, missionary, author, and conference leader. Well known for creating the MasterLife discipleship materials, he previously led the adult discipleship department for LifeWay Christian Resources and served as Senior Vice President for Overseas Operations of the International Mission Board, SBC. He has a BA from Oklahoma Baptist University, an MDiv and ThD from Southwestern Baptist Theological Seminary, and two honorary doctorates. Avery and his wife, Shirley, live in Arkansas.