“Hello World!” was Jim Slack’s enthusiastic greeting to coworkers and his exclamation whenever he learned something new.

His “Hello World!” also reached the ends of the earth. 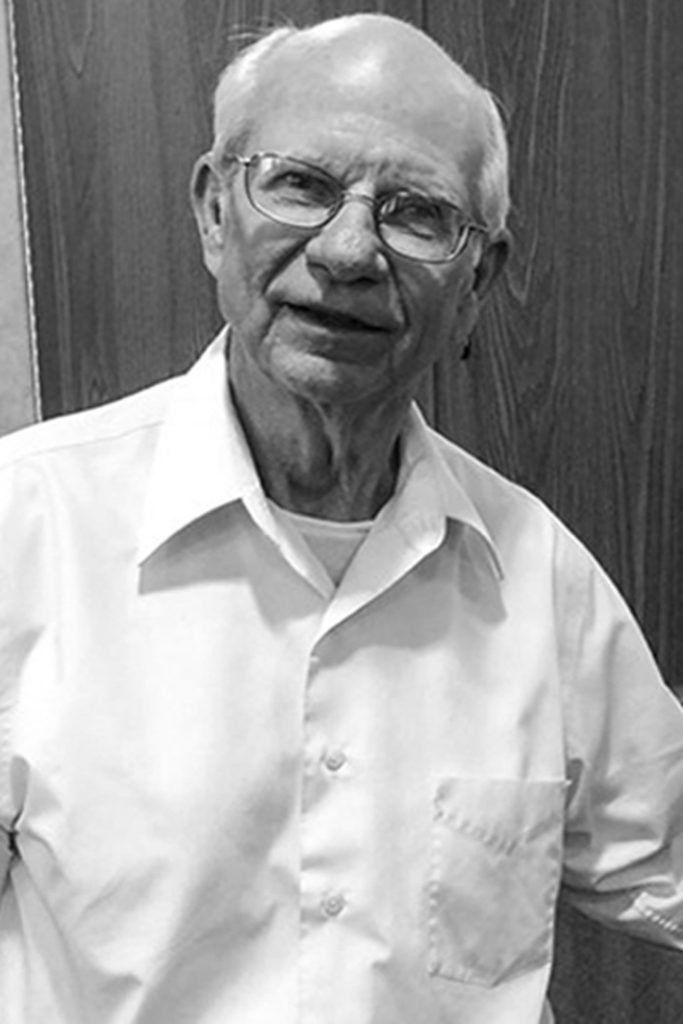 An unassuming man always in good humor, Slack became one of Southern Baptists’ most influential missiologists during a 50-year career with the International Mission Board.

In a world of vast illiteracy, countless millions heard the gospel as Slack and others helped missionaries learn Bible Storying (Chronological Bible Storying in its early days during the 1980s).

Additionally, countless millions have heard the gospel in regions of the planet — rural and urban — where it had not yet reached their souls, as Slack and his colleagues engaged in research and advocacy for the world’s unreached peoples.

“Jim is part of the heritage of all of us who serve at IMB today,” said Clyde Meador, the mission board’s interim executive vice president and a veteran administrator and missionary.

“In regard to orality, as well as to Hidden Peoples / World A / 10-40 Window / Unreached Peoples”— various terms for people hidden by cultural and geographic barriers —“Jim is one of the shoulders on which all IMB missionaries stand today,” Meador said.

Alzheimer’s began to claim the Louisiana native’s life several years ago. He also had coped with eyesight issues for a number of years.

“Jim is now in heaven with Jesus (probably talking about stats of a world still needing to hear the Good News of Jesus),” Slack’s wife, Mary, shared in an email to friends. He has “a mind that can now think clearly and eyes that can see again. [Thanks to] all who have prayed for us during this journey. God’s grace is truly sufficient.”

Before becoming a missionary, Slack had worked as a researcher with the Billy Graham Evangelistic Association, helping lay the foundations of what would become the longstanding Lausanne Movement for world evangelization.

As missionaries, the Slacks served in the Philippines for 25 years. His roles included church planter; religion and Bible teacher at a Baptist college; and mission statistician.

In Mindanao, as told by veteran missions writer Erich Bridges in a 2015 tribute upon Slack’s retirement, he worked among “restive Muslims and tribal peoples who had never heard the gospel. He trained local believers to evangelize and start churches and participated in key research projects that challenged missionaries in the Philippines and elsewhere to move beyond the reached to the unreached.”

In doctoral studies at Southwestern Baptist Theological Seminary in Fort Worth, Texas, Slack came across a book about evangelizing people who can’t read.

“He devoured it in a single night and changed his whole approach to missions,” Bridges recounted, quoting Slack as saying, “I wish I’d had that book when I first went to the field.” Mindanao Muslims “couldn’t read, didn’t want to read, weren’t going to read. And the tribal people in the mountains didn’t even have a written language.”

Bridges, in his tribute, noted that missionary Bible translators “were doing heroic work in many cultures. But what was the point of spending years translating the Bible into indigenous languages if people couldn’t, or wouldn’t, read it? Until they were willing and able to read, an alternate approach was needed to deliver God’s Word to the hundreds of millions of people around the world belonging to cultures that communicate orally.”

Slack later became one of the early recipients of a doctor of ministry degree focusing on orality and literacy from Southwestern, where he had earned his master of divinity degree. He also did advanced studies in city mapping and the sociological dynamics of people in urban environments at the University of Southern Mississippi in Hattiesburg and literature and educational pedagogy at Centenary College in Shreveport, La.

Slack had “a burning fire for working among people groups — all of them,” noted Mark Snowden, an IMB coworker and now director of missional leadership for the Cincinnati Area Baptist Association.

“He wanted to not just help an individual to follow Jesus, but the millions in a people group,” Snowden wrote on Facebook. “He constantly talked about reaching into the ethno-graphic core and understanding bridges and barriers to the gospel.”

As described by Bridges, Slack was “a missionary, missiologist, strategist, researcher, ethnographer, teacher — and passionate advocate for unreached peoples, especially oral learners who need God’s Word in forms they can understand.”

Years earlier, Bridges wrote, Slack had been “a bright young college grad on the way to law school when a summer of ministry in Hawaii — still considered by many a ‘foreign mission field’ in those days — captured his heart and mind for missions. He returned home to tell Mary, his wife-to-be, that life plans had changed. She happily informed him that she had surrendered her life to serving God in missions years earlier.”

In addition to his wife, Slack is survived by three sons and a daughter; 14 grandchildren; and two great-grandchildren.

« Orality Missiology: The Kingdom Leveraging Factor We Have Never Heard Anything Like It! »