The need for transformative pastoral training in the majority world

At the outset I want to stress that I believe in scholarship, but with a purpose. I am reminded of my spiritual mentor Dr John Stott’s vision of ‘scholar saints’. I also believe in an ‘and . . . also’ rather than an ‘either . . . or’ way of looking at realities.

This analysis of theological education is based on my 44 years of involvement in ministry and theological training. My thinking has been sharpened by my involvement with 20 or more seminaries in various nations of Asia while serving with the Overseas Council[1] during the past twelve years. It has also been shaped by exposure to the challenges posed by the first-generation new believers who are now forming the ‘emerging churches’ in India and many other nations in Asia and the majority world.

First-generation believers lack deep discipleship under the lordship of Jesus Christ in their lives, which would transform their worldviews.

The state of theological education in the majority world

Most of the emerging churches are made up of first-generation believers. Therefore, they come with totally different sets of worldviews. They lack deep discipleship under the lordship of Jesus Christ in their lives, which would transform their worldviews. The teaching of God’s Word, therefore, is of paramount importance. However, they come from downtrodden communities; hence, their education is minimal and discipling them must be our priority. There is a significant leadership deficit in many regions where the church is rapidly growing.

This leadership deficit has been quantified by research conducted by the Center for the Study of Global Christianity, at the Gordon-Conwell Theological Seminary. Over two million Protestant pastors in the majority world lack formal, biblical training.[2] Ninety percent of churches worldwide have leaders with no formal training; and with the increasing rate of conversions, there is a global need of hundreds of new pastors every day.[3]

While formal theological education makes a critical contribution to the long-term health of the church, non-formal approaches address the large and growing numbers of those needing basic pastoral training, but for whom formal training is neither accessible nor appropriate. Most of the grassroots pastors or mission workers who can speak peoples’ heart language are also educationally deprived, but they are committed Christians. They need training, but much of it must be orally transmitted through non-formal learning methods. The materials from traditional theological education place a heavy emphasis on reading and writing, which is quite difficult for oral-based learners. They also carry different worldview presuppositions. Therefore, we need adaptable materials with a solid biblical base which are easily transferable according to the needs of people.

Theological education as it exists today in our theological colleges and seminaries is the product of the 18th-century Enlightenment. In many ways it follows the paradigm set by German theologian Friedrich Schleiermacher (1768 – 1834). He wanted church ministry education to be recognized by the university. Acceptance by academia led to the compartmentalized silos of Old Testament, New Testament, Theology, History of Christianity, and Practical Theology, with a dimension of the study of religions. Schleiermacher’s philosophy was moulded by the academic heritage of Aristotelian logic and higher literary criticism of the Bible.

It is also the product of a ‘Christendom’ mentality and thus a majoritarian Christian worldview. This is not a biblical worldview that undergirds the reality for most Christians in the Global South, who live as religious minorities and need to address people of other faiths as the early church did.

The case study of Indian theological education starts in 1818 with the establishment of Serampore College, founded by William Carey, Joshua Marshman, and William Ward. It became a fully-fledged university by Charter of the Danish King (who sponsored the early missions in India) in 1827. Serampore was followed by prominent denominational theological colleges and divinity schools in various parts of India, including Bishop’s College (Kolkata), Leonard Theological College (Jabalpur), United Theological College (Bangalore), and the Orthodox Theological Seminary (Kottayam). Because of their liberal theological antecedents these colleges were the preferred avenues for the ministry training of the historical-traditional churches. As higher literary criticism became more prominent and as many nationals received their higher academic credentials from institutions in Germany and elsewhere in the West with a liberal persuasion, the colleges became the training grounds for ‘priests of the cult’, lacking missionary vision. Christianity was slowly being taken over by pluralism as its vanguard. 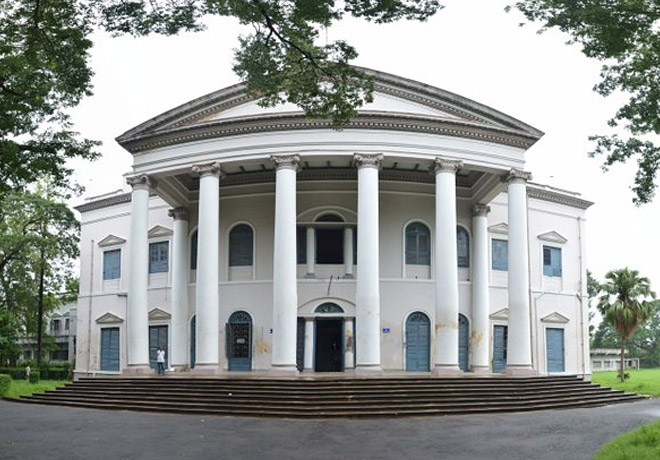 Against this backdrop, India witnessed the beginning of evangelical theological education. Most of the evangelical missions had smaller Bible schools for their training of national evangelists and pastors. It was at Yavatmal, Maharashtra, during the spiritual revival of 1953, that the evangelical mission bodies came together to form the Union Biblical Seminary (now in Pune, Maharashtra since 1983). The vision was formation for mission and ministry with academic excellence. The foundation was Christocentric, bibliocentric, missional, and ministry-oriented training. In the years to come, other Pentecostal and evangelical seminaries with similar vision took root in India. One can recognize similar patterns in other Asian nations. A key feature of these evangelical colleges and Bible schools was that they had missionaries as their faculty.

In the last 30 years in India there has been an explosion of church growth through Christian workers who have no connection with the traditional denominations and seminaries.

A new era of nationals within the evangelical seminaries being sent to the West to study for higher degrees opened in the 1970s. John Stott, as the Founder-Secretary of the Evangelical Fellowship within Anglican Communion (EFAC), invited prospective scholars to come and study in the UK under evangelical scholars or scholars sympathetic to the evangelical cause. By the end of 1980, EFAC became the Langham Scholarship which today is Langham International Partnership. This one servant of God, followed by many others committed to the cause of the evangelical scholarship, has left a legacy today of a great number of evangelical scholars in the majority world.

The evangelical institutions took seriously their heritage of training or theological education as formation for ministry and mission with academic excellence. This phenomenon saw the rise of respected evangelical leaders in India and many other nations during the 1980s and 1990s. However, after the mid-1990s and into the new millennium one begins to detect a shift.

The divide between the church and theological education has widened. In the last 30 years in India there has been an explosion of church growth, much of it, especially in North India, through Christian workers who have no connection with the traditional denominations and seminaries. As a result, these leaders are not being equipped by the seminaries, nor are the leaders of the seminaries well acquainted with the needs and challenges of the emerging churches. 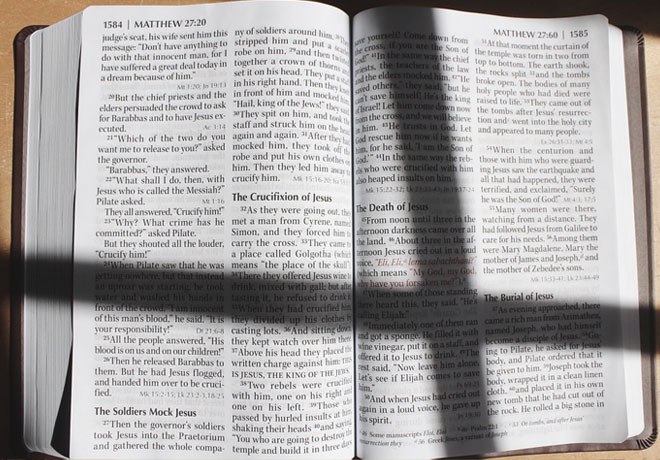 The students’ vision in many cases has changed. It is a normal pattern to hear at the graduation exercises that nearly 60 percent of graduates are aspiring to ‘further studies’, rather than ministry. One also detects another pattern: students complete their first and secondary degrees in theology, serve in one of the Bible schools or seminaries for a year or two and then do a master’s degree with a view to being absorbed by one of the mushrooming seminaries.

The real danger we face in evangelical theological education today is that it is being overtaken by academia, without the vision for mission and ministry.

The challenges we face today

The real danger we face in evangelical theological education today is that it is being overtaken by academia, without the vision for mission and ministry.[4] In many countries such as Indonesia, South Korea, Philippines, and Thailand, governments have forced theological education to move into higher education or university frameworks. This has dragged it further into academia, with an over-emphasis on cerebral learning rather than professional training such as is found in subjects such as medicine, law, and engineering.

Faculty are pressed either by governments or by the demands of scholastic careers to ‘publish or perish’. There is a weakening of the understanding of theological education as formation for mission and ministry. Spiritual and character formation have become appendages. The requirement to publish and research is so overwhelming that discipling and mentoring of students are suffering.

As a result of this shift, the mission agencies and mega churches have started their own theological training programs, in order to keep their DNA alive. Some even say, ‘seminaries are cemeteries’. One mission leader told me that his problem is that he sends a good church planter for training, but after finishing their studies they just want to settle down in a church with no more zeal for church planting.

The time has come for us to recognize some key realities, if evangelical theological education is to be effective and not become a fossil:

So which direction will theological education take? We need a two-pronged approach, which comprises both formal and non-formal theological education, with the main focus on the majority world’s contextually nuanced styles of learning. It is important not to be elitist and traditionalist, failing to recognize the need for transformation that will lead the church of our Lord Jesus Christ to be rooted and grounded in his Word. 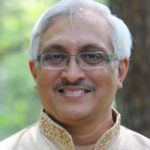 Ashish Chrispal has served as a pastor in Ahmedabad and Delhi; as Academic Dean of Union Biblical Seminary in Pune, India; as Dean and Administrative Principal of the Kodaikanal International School; as Principal of the South Asia Institute for Advanced Christian Studies in Bangalore, India; and as the Regional Director for Asia with Overseas Council, a support organization for theological education in the majority world. He now serves as the Senior Advisor for OC, a ministry of the United World Mission working for grassroots training. He received the Langham Scholarship for his PhD from Aberdeen University.

« Learning from our brothers in the East Story Sticks » 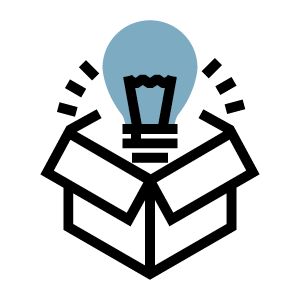 A Holistic Strategy for the Evangelization of Ora... 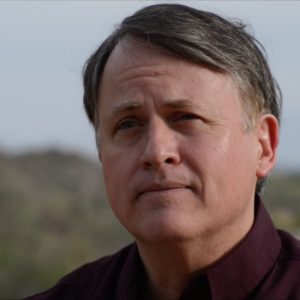 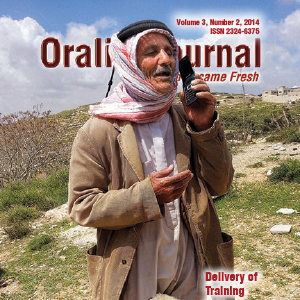 The Case of Asia Graduate School of Theology