The Stewardship of Influence 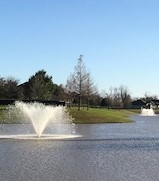 Approximately 800 Million People in the World Today are Still Without Access to Clean, Safe Drinking Water

We all have influence on other people, whether we realize it or not.  We are all influenced by others, in more ways than we might be aware of.  Many of the influences in our lives are out of our control. However, we certainly can control many of them by our choices of who we read, listen to or spend time with.

One of the major influences in my own life was my time in the United States Air Force.  My worldview was shaped (or reshaped) in significant ways by serving in Southeast and South Central Asia, and traveling in more than 30 countries during my four year enlistment.  I have often quipped that it was a great discovery that the rest of the world is very different than North Arkansas, where I grew up.

A New Perspective on the Kingdom of God

Beginning in the late 1970s I became involved in international and interdenominational ministry and mission activities, and traveled extensively throughout the world.  It was another journey of discovering that the Kingdom of God is much bigger than the Southern Baptist Convention.  Both of those were very beneficial and life changing influences and experiences.

A Journey in Academia 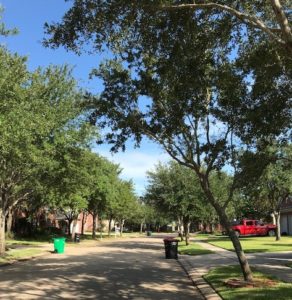 Amazing Lessons from Selling Books Door-to-Door, A Challenging Opportunity for a College Student

During the Jesus Movement in the early 1970s, as a college student, I had a summer job selling books door-to-door with The Southwestern Company (now Southwestern Advantage).  Over a period of five years of selling, recruiting and managing other students, I learned a lot about meeting and dealing with all kinds of people.  Many other lessons from those days have been beneficial in my ministry and mission experiences.  While recruiting students on more than 60 college and university campuses in 12 different states, I noticed considerable spiritual activities on a few of the campuses.  That season was later identified at the Jesus Movement, although we didn’t think of it in way at the time.  However, it was a ripple of revival and spiritual renewal that had major influence and impact on my life and many others.

One of the many people the Lord used to influence my life during my Southwestern days, and later got to know personally, was Charlie “Tremendous” Jones.  He often said, “You are the same today as you’ll be in five years except for two things, the people you meet and … The Books You Read.”  If he were alive today, he might include a few other methods of learning and communicating. It was a significant part of my learning journey during the 1980s to spend a considerable amount of time in Washington D.C.  I had the privilege of meeting and hearing the United States Senate Chaplain at the time, Dr. Richard Halverson.  I remember well him talking about how most of us in the USA have more than enough of everything, while many around the world do not have enough of anything.  He was a great influence on so many and had much wisdom to share.  It was Henrietta Mears who had a significant influence on him and several prominent leaders from that era.

The Need for Year Round Thanksgiving The Hinton Center on the Campus of Houston Baptist University

Many of us here in the United States recently enjoyed a season of Thanksgiving.  It should be a year round attitude of thanksgiving when we consider all we have in the modern Western World, compared to so many other parts of the world.  Think of the percentage of the world’s population who are without access to clean water, how many who have never set foot on a college campus or have never had the opportunity of even reading a book.

In the early 1990s, while serving with the administration of Houston Baptist University, I met and got to know some friends who were just starting Living Water International.  It was another eye opener and life changing season to discover that 1.2 billion people at that time were without access to clean, safe drinking water.  (That number has now been reduced to less than 800 million).  It was another new phase of my learning journey when I joined the staff and became part of “Sharing Water, for Life, in Jesus’ Name.” — www.water.cc.

The Beginning of My Orality Learning Journey Belin Chapel in the Cultural Arts Center at HBU

I should mention that it was in the early 1980s that I came across Herbert Klem’s book, “Oral Communication of the Scriptures” that started me on my Orality learning journey.  His book, which was a doctoral dissertation published the William Carey Library in 1982, and has influenced many others in the Orality Movement.  During that same period I got to know Dan Wooding, who connected me with some media ministry strategies that has been important to my journey since then.  Dan was also part of a team when we launched the 1990 International Year of Bible Reading with a Bible Reading Marathon on the Mount of Olives in Jerusalem.

When we think of the influences that others have had in each of our lives, it would be important to think of how we can influence others, especially as it relates to God’s Kingdom purposes.  “To whom much is given, much is required,” the Scriptures tell us.  As followers of Jesus, that is what we are here on the earth for, to be salt and light.  All of us who are new creations in Christ, are called to be His witnesses, His ambassadors and ministers of reconciliation.

I often remember and reflect on the words of my friend and former pastor, Fenton Moorhead, “With Christ is our lives, the best is yet to be” and it was the missionary statement, Adoniram Judson who said, “The future is as bright as the promises of God.”

« Moving Mountains Oral Learning People Groups in the US: Refugees ...»