What Language Does God Speak? 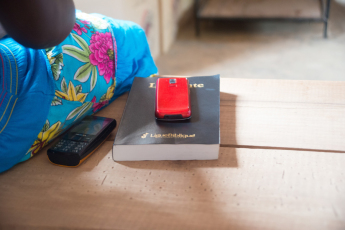 A translated Bible and two Nokia cell phones sit beside a Senegalese girl.

Morgan Jackson, director of Faith Comes By Hearing, remembers the day some years ago when he visited a Konkomba village in Ghana. His organization partners with Bible translators to produce audio recordings of Scripture, and he asked the Konkomba leaders if they’d like to listen to God’s message in their language.

“If a translation of the Bible exists in a language, it is, or soon will be, as close as the nearest smartphone.”

They didn’t believe it was possible. “God doesn’t speak our language,” they said. “He only speaks English.”

“But God does speak Konkomba,” Morgan said. He turned on an audio player, and the words of Matthew 1:1 in Konkomba filled the air. “This is a record of the ancestors of Jesus the Messiah….”

Amazed, these leaders called for villagers to assemble. Soon 300 people were listening to God speak Konkomba. As they listened, they entered into the story. They were walking and talking with Jesus. “Jesus is now one of us,” they said. “He speaks our language!”

I hear stories like this all the time. When people receive the Word of God in their own language, they experience the living, breathing Jesus who became human and moved into their village (John 1:14).

In Eurasia a Bible translator was reading a translation of Mark 12 to a group of teachers when she thought she heard someone laughing. Was something wrong with the text? Were listeners mocking the use of their own language? Then she realized they weren’t laughing, they were crying! Looking up, she saw a school principal with his head bowed, a pool of tears on the desk in front of him. In his own language, he’d heard Jesus commend a poor widow for giving everything she had to God, and he felt deeply touched and challenged.

In Senegal, an Oniyan-speaking pastor experienced a new sense of communion with God as he learned to pray in his own language. He’d always prayed in French, the language of his pastoral training. As he helped translate the Gospel of Mark, he began to realize he could express biblical truths in Oniyan, and he developed the vocabulary he needed to pray in the language of his heart. He found that things he could never express in French, he could freely share with God in his own language.

The need for Scriptures in the language people are born into, the language they speak in their homes, isn’t just an issue in smaller communities around the globe. It’s also a reality in the United States. Many people have their need for engagement with the Bible met using English translations, but 60 million others (one out of every five residents) speak a language other than English in their homes. Of these, two out of five admit to speaking English “less than very well.” To understand deep spiritual truths, many of these need Scripture in their first language. And even those who speak English more fluently benefit from relating to God in the language that speaks to the deepest level of their being.

Digital technology is allowing people to engage with Scripture in new and meaningful ways so they can experience God’s love, his healing, and his power to meet life’s challenges. If a translation of the Bible exists in a language, it is, or soon will be, as close as the nearest smartphone. While printed Bibles may be stored thousands of miles away, a speaker of one of these languages can find digital versions on mobile apps like Bible.is or YouVersion. In one recent 28-day period, people in the United States used the mobile app YouVersion to access translations in 554 languages, requesting 626,250,279 chapters of the Bible!

Emmanuel, a taxi driver in Oklahoma City, is one of the 60 million U.S. residents for whom English is a second language. Born into a minority language community in Cameroon, West Africa, and now living far from home, his mobile phone provides him access to oral Scriptures and the “JESUS” film (based on the Gospel of Luke) in his mother tongue.

What language does God speak? He speaks all of the nearly 7,000 languages in the world. People can talk to him in any language and he understands. But many people—including some we meet every day—can’t understand him when he speaks. The love letter remains a closed book.

The good news is that more people have more access to Him in a language they understand best, the language of their home, than ever before. On average, a new Bible translation is started somewhere in the world every three or four days. At this rate, Bible translation agencies believe that by the year 2025 everyone will be able to hear God speak clearly to them in the language they understand best.

« Orality Breakouts – Chapter 8 – Medi...Dancing and Singing to the Lord » 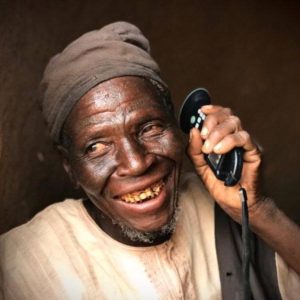