Where do beads come from?

Where do beads come from? Not the question I was expecting to be asked. Little did I know that such a seemingly simple question was to be the pivotal point at which biblical knowledge became spiritual freedom. Our HSI team was in north-eastern Tanzania where first-generation believers from four cultural groups were gathering for a workshop on biblical worship. Some were walking 3 hours each way, each day. Most couldn’t read, but some had taught themselves to read Swahili so they could read the bible. All were marginalised by their communities for their choice in God. All were hungry for encouragement.

For three days, we walked through scriptures about worship and music in the Bible, comparing the Israelite’s culture with their own, and digging out through prayer and discussion what was biblical and what was cultural.

The believers took their ideas and inspirations and began writing songs; specifically, songs they could sing to their friends and families to share about Christ. Towards the end of the third day after a long afternoon of critiquing the results by local standards and asking about the meanings of colours, gestures, clothing, instruments, etc., we were about ready to go home. They were supposed to practice that night and come back the next day, ready to perform their songs for the camera. But a discussion broke out. And it became louder. We waited patiently for a translation when finally someone turned and asked,

“Where do beads come from?”

“Where do beads come from… You mean, how are they made?”

[Thinking to myself, “I’ve never actually seen the machine. How do I explain that?”]

“Yes. We are having an argument about it. Some are saying they are made by man. You are a travelled person. You have seen many things in many places. Can you please tell us what you know about beads?”

“Uh. Okay. There are some beads that are made from seashells in the sea. [Thinking: “Is that what they mean by animal?”] But most are made from plastic or glass. Like the material your water buckets are made from.“

At this point, I had little clue as to why this was important. But as I watched the conversations get heated, I knew that it was important enough to pause and pray for wisdom. If beads are not made by man, then the other option is a spiritual source, making this a very complex question, indeed. I could inadvertently tear down a fundamental value of spiritual reasoning with my own culture’s scientific method.

“So, they ARE made by industry?” [Thinking to myself, “Oh God, please don’t let me say the wrong thing!”]

“Yes.” [Waiting for the lightening to strike]

At that, the voices speaking in a language I did not understand reached a clamour, and I was shaking in my boots. Finally, I couldn’t wait any longer and asked why. 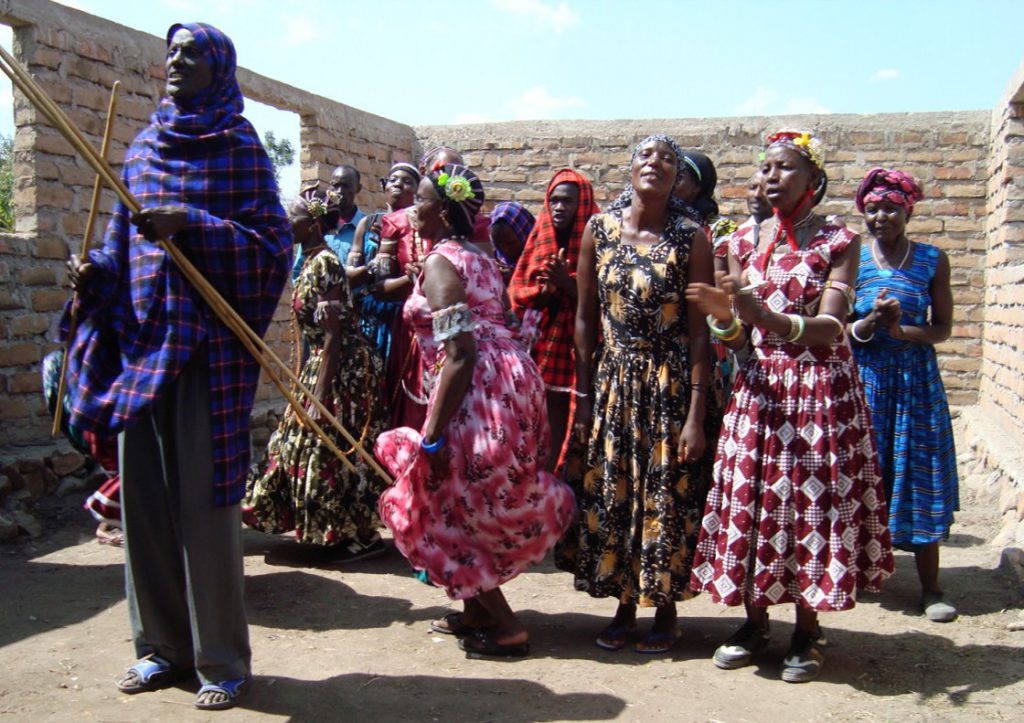 “Because we’re taught by our witch doctors that beads are vomited up by a snake in the sea. They have been lying to us. If beads are man-made, then we can wear them in worship!”

Snakes are associated with shamanism. The pastors and singers were arguing whether or not they could wear their ethnic jewellery in worship if it came from a snake. Yet, after studying the scripture, they wanted to dance and sing for tomorrow’s celebration like they would celebrate at a wedding in their villages. They wanted to be themselves before the Lord.

The next day, they showed up in their finest. The patterns of their clothing, the jewellery that clacked and clattered when they danced, the dance steps and hand movements that marked them as their specific people group. All were prepared. They were ready to present themselves as a living and holy sacrifice in worship. The Bride of Christ.

By Erica Logan for Heart Sounds International, a ministry of OM Arts 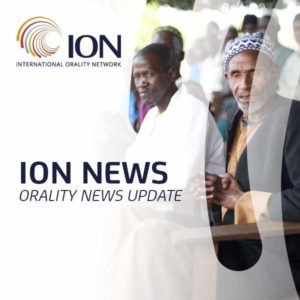 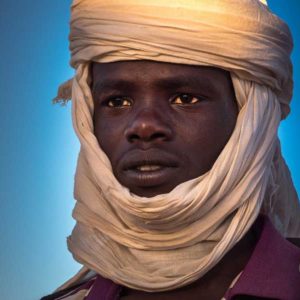