Why the Community Caste Focus is Needed

The Key: How People Perceive Themselves 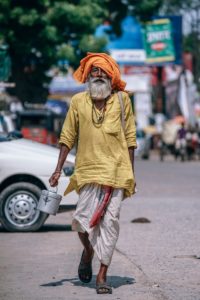 Let us start with how people perceive themselves. There is too much of classifying people by who we think they are, rather than who they perceive themselves to be. That is arrogance on our part, not a respect of people as people who are living as members of communities.

Would we consider placing members of distinctively different people together, people who have a history of not getting on, in a church plant in the UK, US or Australia? Then why does so much of mission attempt that in other parts of the world? Lack of knowledge and expediency are poor substitutes for respecting people as people and recognizing the dignity and realities of community.

Language not involved in determining community/caste

Most South Asian people do not define themselves primarily by language groupings, but rather by traditional community groupings. Using language to define a people while the people themselves do not use language for self-definition can lead to destroying something sacred about the peoples who lie outside the kingdom.

Language spoken is of course very important, but in South Asia the community a person is born into establishes his self-identity much more than the language(s) he may speak.

People know their own community

In the 2001 census for the Municipality of Kathmandu, about 662,000 of 672,000 total people recorded their community/caste name. Individuals knew their caste or tribe, allowing it to be recorded. Typically, in an Indian city, 99% of those of Scheduled Caste or Scheduled Tribe status are able to supply their community/caste/tribe name when asked.

Past mass movements have been according to community / caste

Over 90% of Indian Christians are traceable to mass movements, which occur along community lines, not language lines. A number of these mass movements have been labeled incorrectly by language. The Telugu Movement was actually a movement within the Mala and Madiga communities, almost exclusively. The Bhojpuri Movement has now primarily affected the Chamar community and to a lesser extent the Balmiki community. The Punjabi Movement was of one community, the Chuhra, a low status community. Several others tried to respond (Megh, Sansoi, Sansi, and others) but were repelled by defiling contact with the Chuhra. A significant movement never happened in Maharashtra because the Mahar and Matang communities were placed in common churches. We can go state by state in India, Pakistan, and Nepal and identify movements that began but didn’t advance because more than one community was involved and these communities did not associate.

If the language focus is used for church planting/discipleship, we are promoting something that for two centuries in India has been a failure or has reduced significantly the number of people responding, that is, churches based on common language, not common community. The writings of Donald McGavran, Bishop Pickett and others on this topic have largely been ignored.

There were costly lessons learned in the period 1870–1920, and one hundred years ago many agencies were getting it right. But language-based thinking had again solidly permeated missions efforts by the 1930s, and continues today. Language lists were what well-meaning workers saw and worked from, and low caste workers naturally ished to de-emphasize a caste focus. It will require a total re-education for pastors and national workers to again think in community terms.

A Glossary of Terms Relating to People Groups of South Asia

Community: In south Asia, community largely means “caste,” but is more innocent sounding term and preferable to many. A South Asian community is not a voluntary association, but an ethno-linguistic hereditary group with defined boundaries within which one must marry.

People Group: Synonymous with Community in South Asia and used interchangeably with that term.

Caste, formal: Historian Sumit Guha in Beyond Caste describes caste in this way: “…the bounded, status-ranked ethnic community or ‘caste’ is a social form that frequently appears in multiethnic societies. But in South Asia it became a highly complicated, politicized form of ethnic ranking shaped by the constant exercise of socio-economic power” (pp. 2–3). Caste is thus a reality that extends beyond Hindu peoples. Marriages are largely based on caste association and entrance to a caste is by birth. Caste is undergoing rapid change with globalization impacting Indian life, particularly in the cities.

Scheduled Caste (aka Dalit or Untouchable): Lists (schedules) of the most disadvantaged Indian society were developed in various provinces in 1935 (previously the term “depressed classes” had been used). What groups currently get onto the list is all about political power and intrigue. Christians by definition are not Dalits even when social realities show that they are.

Scheduled Tribe: Historically isolated ethno-linguistic groups who never integrated with broader Indian society. Special privileges are reserved for tribal people but they are often exploited. Many sections of tribes and some whole tribes have become Christian.

Other Backward Classes (OBC): A government of India designation first used in 1990 to identify backward castes (but not “most backward castes,” who are the Scheduled Castes) qualified for government privileges (reservation of seats in educational institutions and for government jobs). Due to power equations, numerous well-to-do groups are now officially counted as OBCs.

Caste, informal: Similar to the formal caste system associated with Hindus, but extending to religious minorities such as Muslims, Christians, Buddhists and others. Also a social stratification scheme, but not necessarily as well defined as that within the Hindu system of castes. A few hundred million individuals are in this informal caste system, depending on where boundaries are drawn.

« What is Bible storying? Animating the Bible for Children »