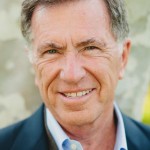 Paul became a Campus Crusade for Christ staff member in 1966. Since then he has served in many leadership roles within Campus Crusade. He directed EXPLO 72 in Dallas, an event that drew approximately 80,000 students from across America for training in sharing their faith in Jesus Christ. He also led the I Found It! campaign, which proclaimed the Christian message in more than 200 American cities.

In 1979 Paul began 26 years of service as the director of The JESUS Film Project®,a evangelistic ministry that uses a film based on the Gospel of Luke to convey the story of Jesus' life. Under Paul's direction, the film was translated into more than 850 languages and seen an estimated 5.6 billion times. During that time, more than 195 million people indicated decisions to follow Christ after seeing the film.

In 2004, Paul was appointed the vice president of coverage. In his new role, Paul provides strategy and counsel for ministries of Campus Crusade for Christ involved in mass evangelism. He co-ordinates a number of partnerships between Campus Crusade and other Christian organizations. He gives direction to the Finishing the Task Movement that is attempting to reach 639 people groups, representing 550 million people, that are not currently being touched by the Gospel. He also chairs the Strategy Working Group for the Lausanne Committee for World Evangelization. It is Paul's passion that everyone, everywhere hears the message of Christ.

"We are strategists for Christ thinking of new ways to reach people with the message of life," says Paul.

Paul is married to Kathy and they have two children, Jennifer and Jonathan.