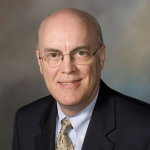 Advisory Board
Director of Orality Strategies for IMB

Since 2004 Grant Lovejoy has been Director of Orality Strategies for IMB, where he is a member of IMB’s global strategy leadership team. Grant leads a team that develops heart-language Scripture resources in appropriate media, especially for Bible-less languages and oral cultures. He also advocates for contextualizing church leadership training and theological education for oral cultures. Since 2009 Grant has overseen IMB’s outreach to 34 million culturally-Deaf people around the world.

Grant has been a pastor to students, church planter, pastor, and seminary professor. He has contributed to and co-edited five books, including Biblical Hermeneutics (2d ed., 2002) and Making Disciples of Oral Learners (2005). With Samuel E. Chiang he has edited three books: Beyond Literate Western Models: Contextualizing Theological Education for Oral Contexts (2013); Beyond Literate Western Practices: Continuing Conversations in Orality and Theological Education (2014); and Beyond Literate Western Contexts: Honor and Shame and Assessment of Orality Preference (2015). Grant and his wife, Donna, are Baylor graduates. They have two adult daughters, a son-in-law, two grandsons, and expect a granddaughter in January. They make their home in Richmond, VA.