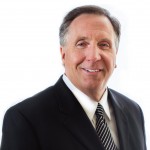 Peterson spent a decade as the president and CEO of The Seed Company, a Bible translation ministry based in Arlington, Texas. Prior to joining The Seed Company, Peterson held several leadership positions at Wycliffe Bible Translators. Early in his Wycliffe career, he served in Ecuador and Guatemala with Wycliffe’s sister organization, SIL International, in field administration and government relations. He went on to become president and CEO of Wycliffe USA.

Peterson is a graduate of Roger Williams University where he received a Bachelor of Science in Business Administration. He went on to earn a Master of Arts in Social Science/Leadership Studies from Azusa Pacific University. He completed the Executive Program for Non-Profit Leaders at Stanford University and has an honorary doctorate from Taylor University for his work in Bible translation.

Peterson and his wife, Rita, have four children and four grandchildren.