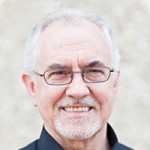 Dr. Jerry Wiles, President Emeritus of Living Water International, became involved with Orality in 1983 through the influence of Herbert Klem’s book, Oral Communication of the Scripture. He has more than 35 years of experience in ministry and international mission work and currently serves on the ION Advisory Council and stewards the Training Portfolio.  He is an author and radio program producer and has been a frequent guest on radio and television talk shows and traveled extensively as a public speaker. Jerry is an Air Force veteran, a former pastor and university administrator. He and his wife, Sheila, have two grown children and six grandchildren.