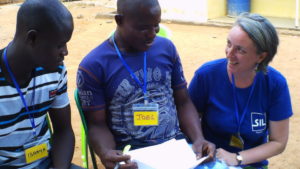 Katharine Norton teaches Scripture Use in the Linguistics and Bible Translation Department, located in Bukuru, near Jos in Plateau State, at the Theological College of Northern Nigeria (TCNN). One fruitful part of the course is teaching the students to do Audio Bible Studies, she writes:

One challenge that many Bible college graduates have is forgetting their mother tongue. 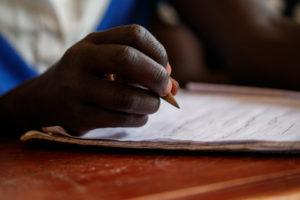 Perhaps they were identified as intelligent and talented from as young as twelve years of age so they were sent to boarding school for the sake of their education. At school and then at Bible college, they were surrounded by people from many language groups and so would speak a language of wider communication with them, such as English or Hausa. They were also listening to teachers talking in English, doing assignments in English, reading books in English and gradually getting more and more adept at reading, learning, and processing information in English, and not in their mother tongue. This makes it difficult for them to suddenly talk about their faith in their mother tongue when they return home.

‘When I was doing the opening prayer they all laughed at me, which almost made me not continue.’

This situation is compounded if the student became a believer away from home. They may never have heard how to express Christian faith in their language. They may have no idea of the key terms needed for words like faith, repentance, Christ etc. All this means it is extremely difficult for them to share their faith in God with their people at home. Their Bible college training, which is meant to help their people, is not easily shared with them because the students have forgotten the language!

How then can local people hear God’s word in their local language? 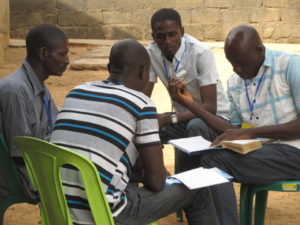 Scripture Use students in one Bible college in Nigeria have been learning in their Scripture Use class how to lead Audio Bible Studies with their people. An Audio Bible Study is where participants listen to the passage of Scripture being read rather than reading it from the Bible. It can be read in a number of ways: the leader can read the passage aloud from the Bible, or the Bible passage can be recorded before the study using a mobile phone, or the leader can download local language audio Bible readings from the internet using their phone or computer.

An Audio Bible Study differs from other Bible studies in that there are just six questions that the leader asks the participants. These six simple questions can be used for any passage of Scripture. Participants are given the opportunity to answer each question rather than just sitting and listening to the leader teaching. As is evident from this description, the leader of the Audio Bible Study has a smaller speaking role than if a sermon were being preached, they just need to ask the six questions one by one, and then allow the participants to speak. Therefore, the leader of the Bible study does not need to be fluent in the local language, yet the participants hear the word of God speaking directly to them in their language from the recordings and have the chance to engage with it by discussing the six questions with the other participants.

‘Within a short time, their nervousness turned to enthusiasm and they were eager to respond.’

This is a testimony from one final year theology student, Rimamsikwe Matthew, who bravely led an Audio Bible Study in his local language, Kuteb, even though he doesn’t speak it fluently: 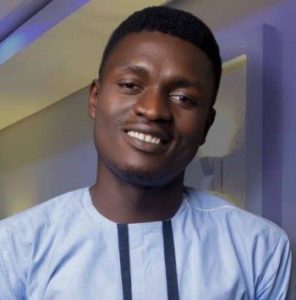 ‘Leading this Audio Bible Study was one of the most interesting things I have ever done. I did it with a group of nine people who are much better at speaking my mother tongue than me (Kuteb). It wasn’t easy at all! When I was doing the opening prayer they all laughed at me, which almost made me not continue the study in my mother tongue.

‘After the opening prayer, I played the audio Bible in Kuteb (John 10:1–3). They liked it so much, they wanted to hear more! I asked the six questions in Kuteb. It was really interesting how everyone wanted to give his or her own perspective on what they heard.

‘The questions that really got everyone thinking were “What is God saying to you personally?” and “What will you do about it?” At this point, everyone was quiet. So I explained to them about the need for each person to hear from God. The oldest woman asked in my language “A fu shan timi kafe pastor re?” meaning “Do you want me to become a pastor or what?” After a little explanation about how God can speak to anyone, not just pastors, two of the women saw the need to give their lives to Jesus Christ. Wow! So the thing that I saw that was difficult and challenging for me actually became one of the biggest tools for the restoration to fellowship of two of my mothers!’

(In Rimamsikwe’s culture, older women are called ‘mother’ as a term of respect.)

Praise God for this amazing testimony! Rimamsikwe does not speak his language fluently, but through the Scripture Use course at his Bible college, he grasped the concept that it is better to share God’s word in the language that the audience speak best, rather than the language that the speaker is most comfortable with, as is sadly so often the case here. His courage in offering to God his limited ability in Kuteb resulted in two women hearing God speaking directly to them in such a personal and convincing way that they gave their lives to Christ!

Another student who does not speak his mother tongue fluently is James Ezekiel Gwom. He is Berom by tribe and can speak a little of the language, but grew up in the city using mostly English. However, through the Scripture Use course he was challenged to develop his language skills so that he could communicate the gospel to his people in their language. James writes: 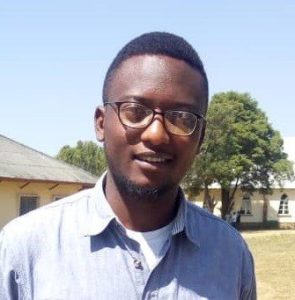 ‘I held two Audio Bible Studies in the Berom language. The Bible studies were on the book of 1 Corinthians 7:17–24. The passage was taken from the Berom Bible. To kick start, I had the passage read by an individual who was fluent in the language while I recorded it on my phone. He also helped me translate the questions from English to Berom. The first study was held in a village named Guravyoh with 12 people in attendance. I asked a friend who could speak Berom better than me to help conduct the class. At first, the people, mostly old, weren’t sure about what was going on but as time went on they got the idea. We opened with prayer and I played the recorded Scripture about three times for them to really understand what it meant.

‘I noticed that at first they were nervous about the mode of study (audio Bible and the language used) because it was strange to them. Within a short time, however, their nervousness turned to enthusiasm and they were eager to respond to the questions. I found them to be more relaxed, because using the Berom language made them more at home than the edgy feeling they would have had if they were speaking English. They acknowledged that a more regular use of their language in Bible studies would enhance their ability to understand the Bible better. They were even challenged to study the Bible using Berom with their children! Regarding the use of the audio Bible, they also said it would encourage greater participation among those who are either challenged physically or can’t read.’

Even though James led this Audio Bible Study, he enlisted the help of a fluent language speaker to help him to translate the six questions, read the passage for the recording, and to help conduct the session. This is a great example of co-operation, of overcoming challenges to ensure that people hear the gospel in their mother tongue so that God can speak directly to them from his word. Many a Bible study leader would just lead the Bible study in the language they were most comfortable with, but James persisted and overcame the challenges because he wanted people to hear God’s word in the language they were most comfortable with!

‘They were even challenged to study the Bible using Berom with their children!’

Just as the boy offered his small lunch of five loaves and two fish to Jesus and saw a great miracle (Matthew 14:13–21) James and Rimamsikwe offered their small amount of language ability to God with amazing results! People understood the Bible better in their mother tongue, and were enthusiastic about Bible study. Many barriers to engaging with Scripture were overcome – those who usually don’t understand Bible studies in other languages could understand in their mother tongue. Children and non-readers were able to engage with Scripture. The elderly heard God speak directly to them in their own language.

The audio Scriptures tool is shown to be very useful for local language Bible study and can be easily used by those with limited local language ability or by church leaders posted to areas away from their home.

The six discussion questions for an Audio Bible Study 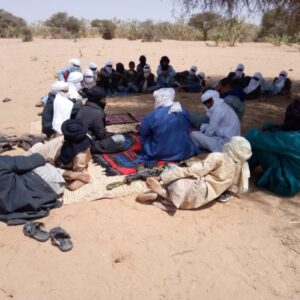 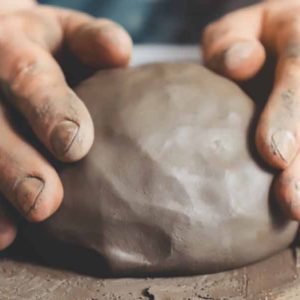