From Atheist to Bible Translator

Growing up in a restrictive West Asian country, Reza* never embraced Islam, which is the majority religion of his country. Instead, he considered himself an atheist.

As a college student, he vocally shared his opinions on his university campus.

One day, his secular viewpoints caught the attention of police. They seized his books and dragged him to prison in secret. 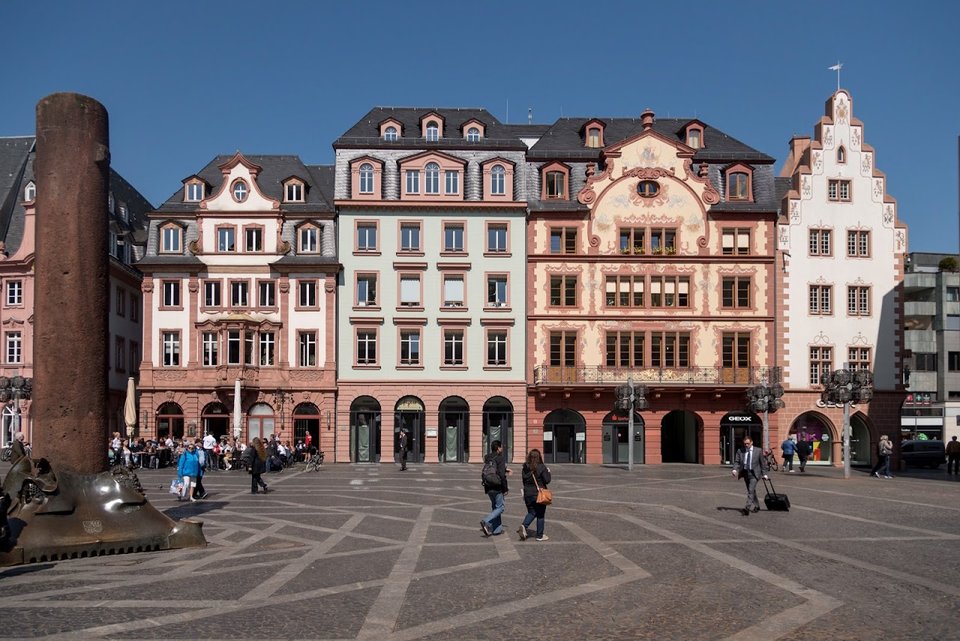 People walk across a market square in Western Germany

His parents searched for him for three months.

Finally, Reza came home from prison with a bruised face and a realization that he wasn’t safe in his own country. “You went the wrong way,” Reza’s father told him. “You don’t belong to the society.”

Soon afterward, Reza fled to Central Europe as a refugee. Settling in Germany, he found a job at a fast-food restaurant, where he met many fellow refugees. One of them was bold in sharing his Christian faith with Reza nearly every day for two years. “God has a plan for you,” he told Reza. “I, my family, and my church will pray for you.”

At the time, Reza brushed off his words. His mother had prayed for him to accept the Islamic faith, but those prayers had only seemed to make his life worse.

About two years after arriving in Europe, Reza faced trouble with his visa. He lost his apartment and his permission to work in Germany. He went to a refugee camp, where he felt lonely and discouraged. One night he decided to temporarily escape the crowded camp by taking a train ride to another town. There, he saw a sign advertising a church for people from his home country. 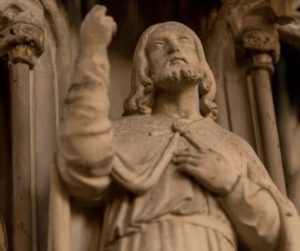 Carved stone images of Christ adorn the columns of a cathedral in Western Germany.

Reza still didn’t believe in God, but he stepped inside the building out of curiosity. In the corner, a group was praying. Then, he saw a familiar face – the man from the restaurant. “Hallelujah, God brought Reza to us!” the man said. “We were praying for you.” That evening, Reza’s heart softened, and he began to follow Christ.

Around this time, Reza met Robert*, a Wycliffe staff member working with refugees who speak Elegant* – a language spoken by almost four million people from Reza’s country. Robert* invited Reza to help with the project, and Reza eagerly agreed. The team was able to secure Reza’s legal status in Germany, enabling him to stay. One of the first pieces he worked on was a document about why Bible translation matters. It was designed to help the Elegant translation team understand why their work was so important.

Although Reza still faced difficult circumstances, his new faith strengthened him. “I was seeing how God was restoring things,” he says. “My life was not normal, but my soul was so free. The fear that I had before did not exist anymore.”

In the past decade since Reza became a follower of Jesus, several challenging experiences have tested his faith. His relationship with his parents has been strained because he’s not been able to share with them about his work in Bible translation. However, Reza hopes to visit with them in Europe soon. His distance from his home country also offers him no guarantee of security. Even though he’s far away, he’s still received threatening calls in the middle of the night from people unhappy about his work. This is true even now, as Reza and his wife raise their young daughter while continuing the translation work.

Sometimes the threats have become real. Reza had a neighbour who came from a country near Reza’s homeland. One day, the neighbor saw a Bible in Reza’s hand. “Are you a Jesus follower?” the man asked him. Then he punched Reza in the face, giving him a bloody nose. The neighbours called the police, but Reza declined to press charges. 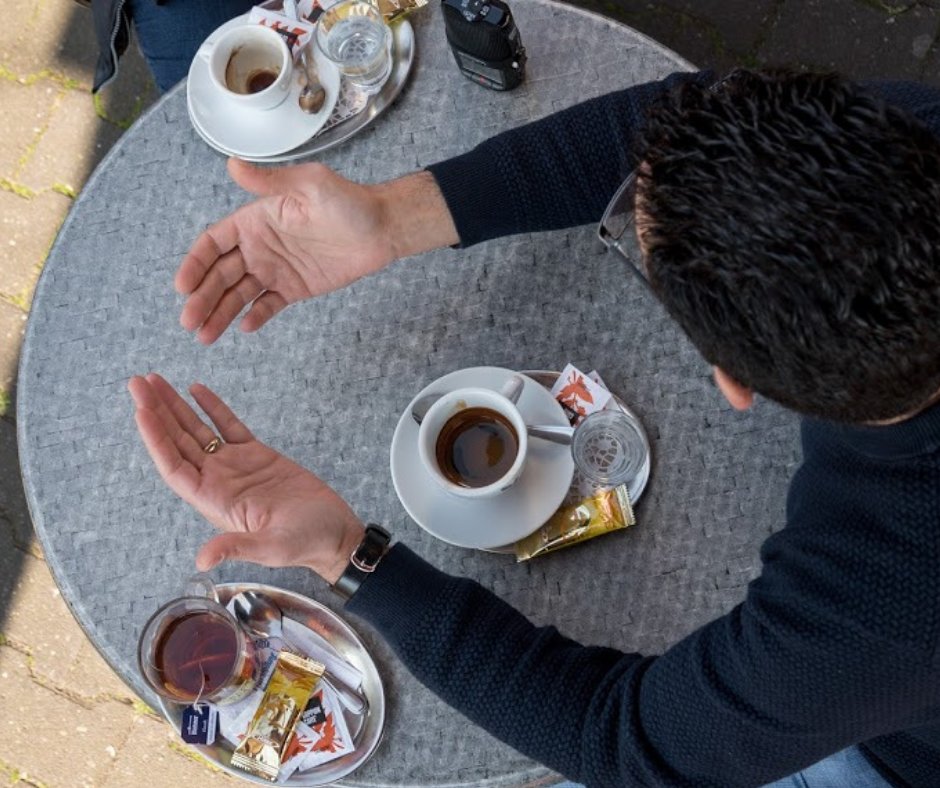 Reza an atheist turned Jesus follower, explains how God brought him out of his West Asian home country to Germany, his current country of residence. He now coordinates a translation project for a language spoken in his home country.

A couple of years later, Reza ran into the same man at a Christian conference presented by a local church. The man had been so impressed by Reza’s kindness that he became a follower of Jesus.

“Then I remembered God says, ‘You do your job and I will take care of the rest,’” Reza says. “This is what I’ve experienced in my life with God.”

Reza is full of gratitude as he reflects on his unexpected journey toward fulfilling God’s purpose for his life. “As an atheist, against religion, my reaction was to reject everything which had a religious feeling or was about God,” he says. “Then, how God prepared the whole way for me – it is unbelievable. But for our God, it is possible. And because of that, when I talk to people I say it is not religion – it is a relationship.” 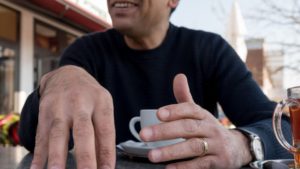 In the past few years, Reza has taken on a larger role in the Elegant translation project, alongside Robert and several Elegant refugees. Today, he is the project manager. On top of this full-time job, he is completing a graduate degree and leading a Bible study at his church for migrants from his country.

Reza strives to make sure the translations are not only accurate, but meaningful to Elegant speakers. “We need to see their background, their culture, because we can then serve them better,” he says. When he is translating certain passages of Scripture from the original Hebrew text, the words and scenes leap off the page. “I feel the relation with my culture, and I can understand it and have a picture of it,” he says. He wants Elegant speakers to feel the same connection – and he thinks they are particularly receptive because of the struggles they face in their own country and as refugees. 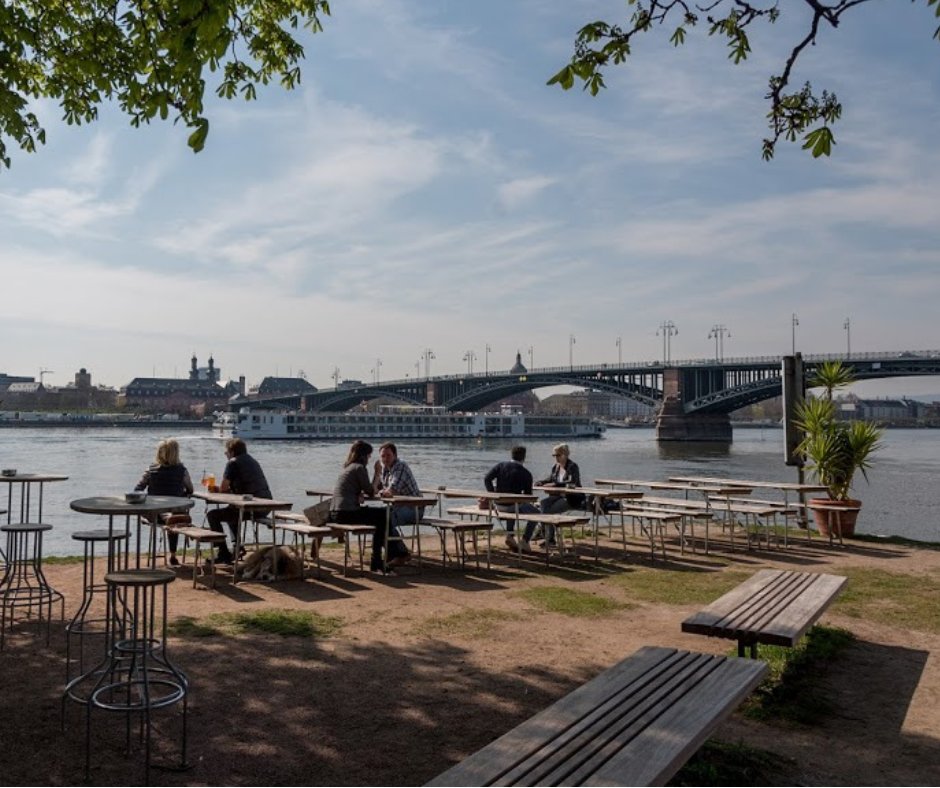 “In my homeland sometimes people don’t know where to find real love,” he says. “My point of view is that it’s in the Bible. God reveals that in His words. We don’t need weapons; we don’t need a lot of money – just the Word. This book brings the whole of these things: love and peace.”

Together, the team has translated the Gospel of John, the book of Acts, the story of Joseph, and the story of Abraham. Many other Scripture portions are in progress. The finished Scriptures have been distributed via booklets and audio CDs and have been broadcast on satellite TV and on the radio in Reza’s home country. The team has also created a website, a Facebook presence, a YouTube channel, and an iPhone app to help people download text, audio, and video versions onto their computer or smart phone. 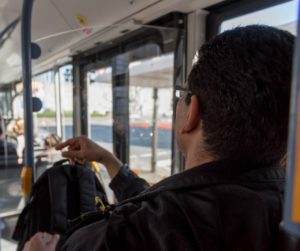 “I’ve just been amazed – people have been downloading this app all over the world,” Robert* says. “Even inside Reza’s country where it isn’t easy to have an iPhone, people are downloading and using the app, even though there’s risk with using it.”

For many of the Elegant, having God’s Word in their heart language is well worth the risk. And for Reza, dedicating his life to translation has been worth the sacrifices.