Here are stories from some of the workshops taught at a recent Heart Sounds International trip to the Philippines:

“Today we experienced an amazing moment in the workshop…” said Nancy Nethercott, Worship Workshop teacher. “We had been talking about contextualising worship elements and noted that most churches in the Philippines sing in English with (maybe) a token Filipino language song planned in. When I asked if anyone from their churches writes songs in Cebuano, one lady pointed to her pastor…. [H]e humbly sang this beautiful, worshipful song in his heart language. I was in tears and the rest of the group was silent with awe. We had all just entered the throne room of God in a powerful way.” The pastor had a stack of these Scripture songs he had written but never shared beyond his own congregation. He dreamed of seeing these songs available to churches, but he did not know how to record them. We connected him with the newly established studio to record and distribute his songs. 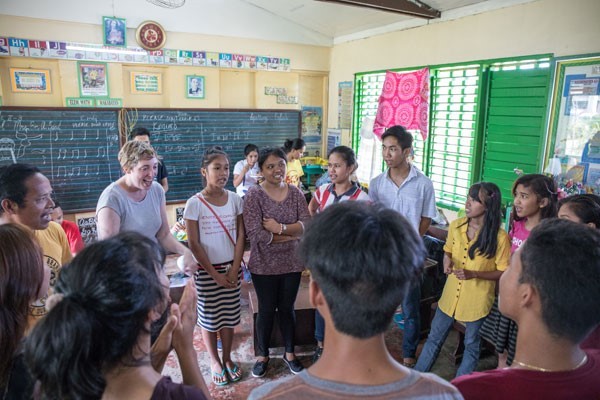 As part of the class, the vocal students wrote a simple song in 30 minutes, in their own dialect, based on Proverbs 3:5, “Trust in the Lord with all your heart.” That night, they created harmony parts, and they were courageous enough to share it with the entire group at the last day’s performance! 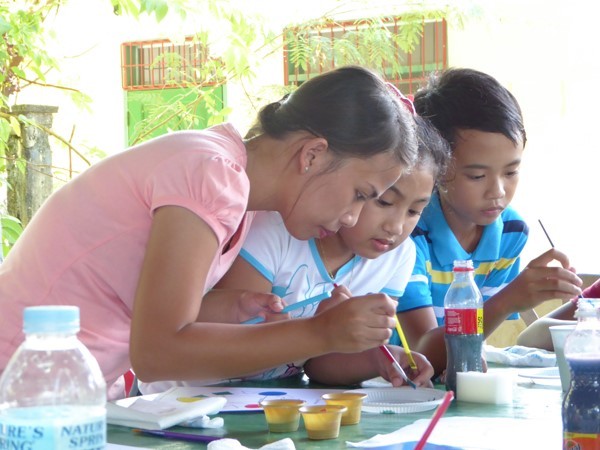 A Love For Visual Arts Uncovered

When the Visual Art Class began with only one person, we were told that the term “visual art” has little meaning and is not encouraged much in Filipino culture. It was a joy to watch this group morph from 1 to 26 throughout the week! Many of the kids had never picked up a paint brush, but quickly developed a love for expressing themselves in this new way. Our visual art instructor said, “I had one girl in my art workshop who matter-of-factly said she hated art….The funny thing is that she kept painting even still, coming to every class with her friends though she’d rather be in drama. She figured out how to mix the color pink and had everyone intrigued. By the end of the week her smile had grown and she gifted a painting she had worked on to me.” 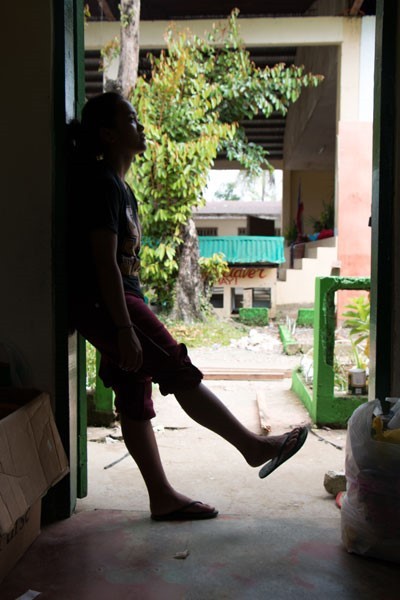 At the last minute, *Nicole was given the chance to join the photography group. She was excited to learn about silhouettes. Before the class, she thought a silhouette was a bad photo because the subject can’t be seen. Through the class, she learned how a silhouette can be used effectively, and she used it to create a self-portrait. Nicole shared struggling with feeling “unseen”, personally, relationally and spiritually. Instead, she felt as though her constant smile was a mask worn for protection. On the last day, she displayed her work and shared how life-changing it was for her to see her photos. Photography provided her with a way to express her “true self,” as well as a way to communicate things she otherwise could not express through words.

Written by Emily Dickey and Erica Logan of Heart Sounds International, a ministry of OM Arts