Chapter 1 – The Passion for Orality

We listened intently to a description of how children’s soccer teams were trained. It was June 2009 and Rev. Dr. Sameh Maurice, Senior Pastor of Kasr El-Dobara Evangelical Church in Cairo, Egypt, was speaking animatedly. At the end of our coffee shop conversation I blurted out, “The methods you use to train the kids are the same as the principles of orality!” Rev. Maurice immediately asked, “What’s that?” At that moment, I realized I had come full circle in a decade of journeying, exploring, and learning about orality.

At the beginning of the last decade, I was traveling through Mozambique and received a request to speak to an audience that had traveled some distance. While preaching through a portion of Nehemiah, I noticed many were falling asleep. So I changed my mode of delivery. There was a momentary jolt, but most managed to fall asleep again! My communication method was ineffective. After the trip, I was determined to find out why the audience was not listening. This sojourn of discovery radically altered my thinking and sent me on a journey of exploring the world of oral communicators. After extensive reading (and with the help of eager and well-meaning colleagues), I became convinced that we were missing the mark of reaching oral learners and unreached people groups.

In addition, like many mission organizations, we allocated infinitesimal resources1 to the world of oral learners, conservatively estimated at over four billion people. During that time, while serving as the Chief Operating Officer of Trans World Radio (TWR), I had the great privilege of working alongside two passionate souls, Tom Tatlow and Bill Mial, who breathed orality. They told short stories of orality successes, and assisted in shepherding, using orality as one of the strategic priorities for the organization of the future. Their infectious cheerleading enabled their organization to adopt orality and reach seemingly impossible milestone goals two years early.

What are “Orality Breakouts”? Orality is defined in Webster’s New World College Dictionary (2009) as:

• a reliance on spoken, rather than written, language for communication

• the fact or quality of being communicated orally

Many mental images are evoked by the word “breakouts”: in medicine—skin or viral breakouts; in finance—stock market breakouts; in correction facilities—prison breakouts. The concept can be applied to both individuals and teams across many sports— breaking out from the normal flow of the game to gain an advantage. “Orality Breakouts,” therefore, speak of the orality movement that is taking place across the world and across many aspects of missions. This movement includes unengaged and unreached people groups, clean water provision, HIV/AIDS prevention, community development, and micro-financing and loans. Through the practice of oral communication, the Gospel is breaking out in places and in ways previously unknown, disciples are being made, and churches are being planted.

Language of the heart matters

Most people involved in ministry understand “heart language” similarly as the language we learned from our mothers or fathers. It is the one we speak fluently with strong, expressive emotions, or the language of our dream world. So our heart language is also our mother tongue. When heart language links with a good story that is well told, it is the direct way to the heart—ask any good film-maker or pastor illustrating a Sunday sermon. Eminent British theologian Dr. N. T. Wright, in his book The New Testament and the People of God, drives this point home. He asserts that we all have an internal store of stories that provide our framework for experiencing the world.2 To change people at the deepest level, we must change their stories. Consequently, if stories in our mother tongue or heart language are important, and they frame the way we see the world, is there tangible evidence of how this insight affects the mission enterprise?

In From Seed to Fruit, 3 a landmark book on missions and church planting, Dudley Woodberry and his team draw a statistical inference that among the workers they surveyed, there was an 82% probability of a church or multiple churches being planted if three fruitful practices were honored:

This is exactly what the orality movement in missions has found to be true. Using heart language or the mother tongue, together with an oral approach to learning (e.g., storytelling, drama, etc.), transforms hearts and communities around the world. And in this approach we are simply following the example of Jesus who, on the road to Emmaus after His resurrection, spoke to His disciples from the Scriptures in such a way that their hearts burned within them. In our previous flagship book, Making Disciples of Oral Learners, 4 we described orality and advocated a quartet of values: heart language, worldview5 studies, accountability, and disciple-making multiplication. When storytelling, drama, poetry, dances, arts, and music are fused with these values, there will be new effectiveness in ministry.

Five years after Making Disciples was published, we want to revisit the practices of orality and see what God’s servants are doing around the world. Each colleague contributing to this book is a practitioner. The ages of those writing span the generations from the twenties to the seventies. We will encounter their passion and prayer to bring the Gospel to the world’s unengaged and unreached people groups. We will also witness how God is breaking through in new translation projects—eight new language groups in ten months—so that sixty-five million people are able to hear the Good News in their own heart language through biblically accurate, culturally relevant, oral stories from the Bible. We will demonstrate how Chief Executive Officers engage in changing their organizations, and how their colleagues are being innovative on the mission field. We will witness how orality is applied in music, visual arts, social sectors, visual-oral learners, and how appropriate technology may further sustain the church-planting and discipleship movement.

If we are sensitively using worldview studies to understand unreached people groups and communities we are trying to reach, we might see fruitful results. In the chapters ahead we showcase how those with worldview studies in place are applying oral strategies to entire nations, or among Gospel-resistant people groups. This newfound engagement in orality and indeed the whole movement is galvanized together and supported by prayer. We cannot underestimate the reality of spiritual battles as we move into realms where previously we have been ineffective. The orality movement has had dedicated intercessors and prayer warriors who have established prayer rooms for events, attended top-level executive meetings, and engaged in an ongoing call to pray together each week. How does one even attempt something as ambitious as this orality movement? Chapter 15 describes how God’s leading birthed a sustained prayer initiative that has caused His people to marvel.

The practice of orality focuses on individuals who live in a highly relational community context. If something works, it will multiply and spread quickly in a geographical as well as a spiritual sense. If something does not work, that too becomes clear. We have seen this over and over again. Thus, orality strategies and practices are measurable. Orality is not a fuzzy, feel-good fad; it works, and it can be shown to work. 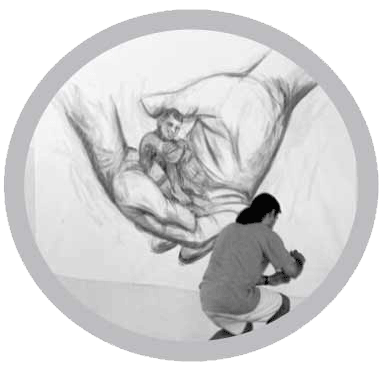 This is not to say that it has all the answers, and in Section III there are explanations of lessons learned. But organizations in the orality movement we do measure what is important. Organizations measure results for all sorts of reasons and in all sorts of ways—some-good, some bad. The organizations in the orality movement set goals, measure success (or failure), and endeavor to learn the lessons. However, in our travels and dialogues, we are discovering that there are huge disconnects in the orality practices of the field and the requirements from their “headquarters.” The latter tend to measure based upon what was appropriate in the last century (e.g., just “filling out the information forms”). The new orality practices will require a radical rethink in this process. In chapter 18 there is a thoughtful examination on what it means to do measurement in an oral environment.

My own journey finally led me to tell my first story in Ethiopia in 2008. I remember sitting with Steve Evans and Steve Sims (both have contributed chapters in this book) as we told oral stories from the book of Acts. I recalled the time when Acts 1 was the story being told and translated into the local language. After a great deal of dialogue back and forth among the newer, younger leaders and the translators, we interrupted and asked why there was so much conversation as we had not even finished telling the story. Referring to Acts 1:4-5, the translator told us that the younger leaders said, “Now we understand! We have been waiting for two thousand years, and now we no longer have to wait.” This was church birth development in real time. Around the world, God is moving His servants to respond to the strategy and tool of orality so that the Gospel can be effectively communicated, and disciple-making of oral learners becomes both fruitful and multiplying.

1 Todd Johnson indicates based on the global giving amounts from Christians, the amount of money going to the unevangelized is 0.3%, or about US$1.7 billion per year. Source: Atlas of Global Christianity (Edinburgh: Edinburgh University Press, 2009): 296-297.

5 For an overview on this subject matter, see Chapter 11, “Practices in Orality: The Existence, Identification, and Engagement of a People’s Worldview”; also see the Glossary for a definition. As examples, three excellent books that provide insights into worldviews of Middle East, China, and Afghanistan—Pakistan respectively are: Nabeel T. Jabbour, The Crescent Through the Eyes of the Cross (Colorado Springs, CO: NavPress, 2008); Peter Hessler, Country Driving (New York: Harper Collins Publishers, 2010); and Greg Mortenson, Turning Stones into Schools (New York: Penguin Group USA, 2009). Mortenson’s book has a chapter that he calls “Style”; it is an excellent description of how “worldview” works in real life in that part of Central Asia.

Rev. Samuel E. Chiang was born in Taiwan, grew up and worked in Canada (Ernst & Young), and graduated from Dallas Seminary where he also served on staff. He served with the church in China and has written extensively on China, Asia, and orality. Formerly the Chief Operating Officer for TWR, currently he serves as the Global Coordinator of the International Orality Network. His passion is for oral communicators to hear, understand, respond, live out, and further reproduce the message of the Gospel. He and his wife, Robbi, live in Hong Kong.