The Tree of Life and Worship!

Heart Sounds International (HSI) recently sent a team to South Asia to teach about using the arts to reach out to communities. Participants from a previous workshop worked together with the American team to facilitate this year’s training. The group stayed in a beautiful area full of rural life (and a few monkeys!). Driving up, they were greeted by pastors, ministry directors, worship leaders, and artists from across two countries, expectant and ready to start!

The training began with a focus on biblical worship. Participants learned the Names of God representing His promises for them, and each chose one to dwell on as truth for the week – pinning it to the roots of a tree to symbolize Him as his/her source of worship. Last workshop, two people groups were represented. This time, there were seven! Each ethnic group identified who was in and near their own community. Laying hands on each community, they prayed for each other and asked God who He was calling them to reach. As an act of worship, they added those communities as the leaves of the tree – symbolizing their response of faith and proclaiming the growth that would come from the Gospel in those places.They then created arts as prayers for them. 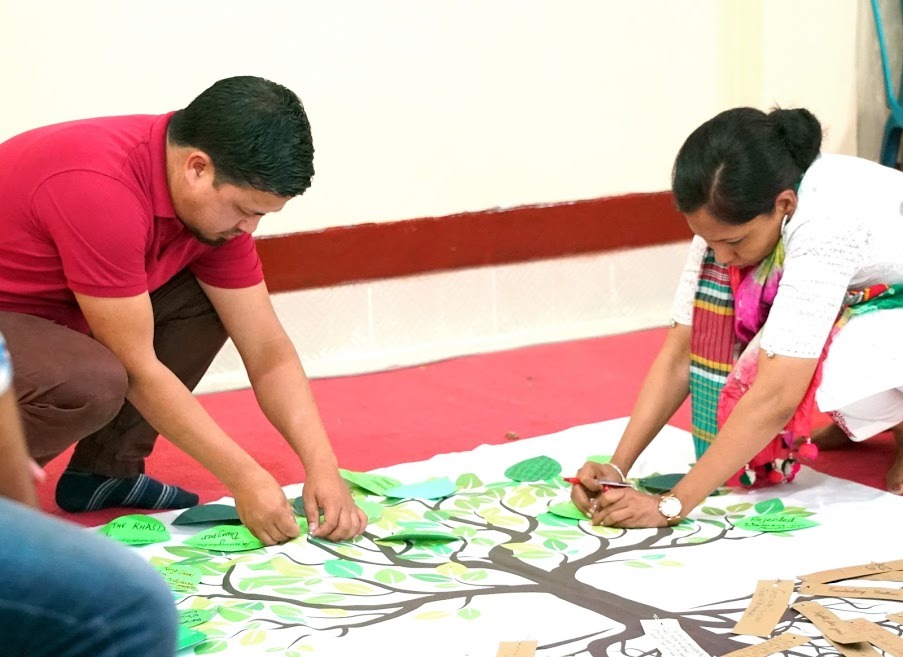 After digging into scripture about worship, culture, and heart languages, the ethnic groups taught each other their cultural songs and dances. They realized they were seeing parts of each other that were beautiful expressions of their heart identities. So, symbolically, these traditions were written on colorful hearts and added as fruit on the tree – prayed over and consecrated as future vessels of heart worship from their communities. 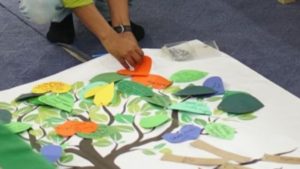 Continuing on, the participants explored various kinds of arts and then created new versions and ideas that could express the Gospel well and fit their communities. These included songs, dances, paintings, textiles, dramas and recitations. As each was created and shared, it was added as a heart to the tree – the fruit of worship rooted in the truths of God. 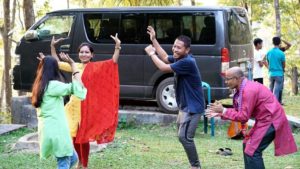 Then something beautiful began to happen. The process of having become vulnerable enough to share their deepest longings, express them with their deepest identities, and honor that deepest Beauty in one another created an intense fellowship between believers. The arts had become pathways to their hearts, and they were compelled to love one another – a diverse family, worshiping together as one. They prayed, wept, proclaimed Truth, and celebrated Christ with one another. 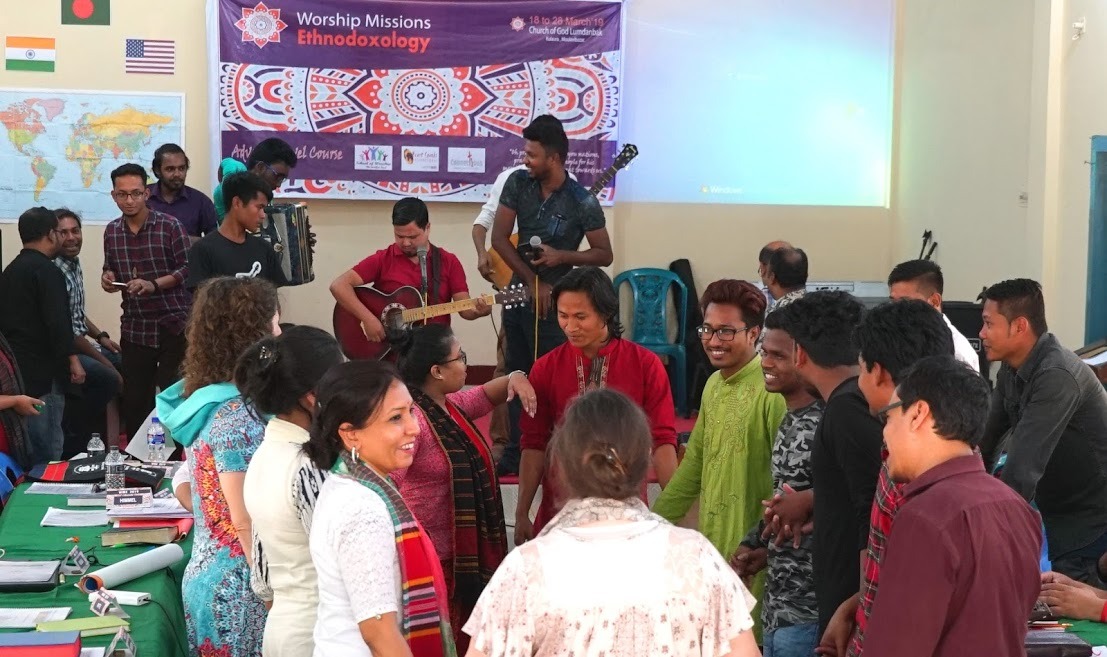 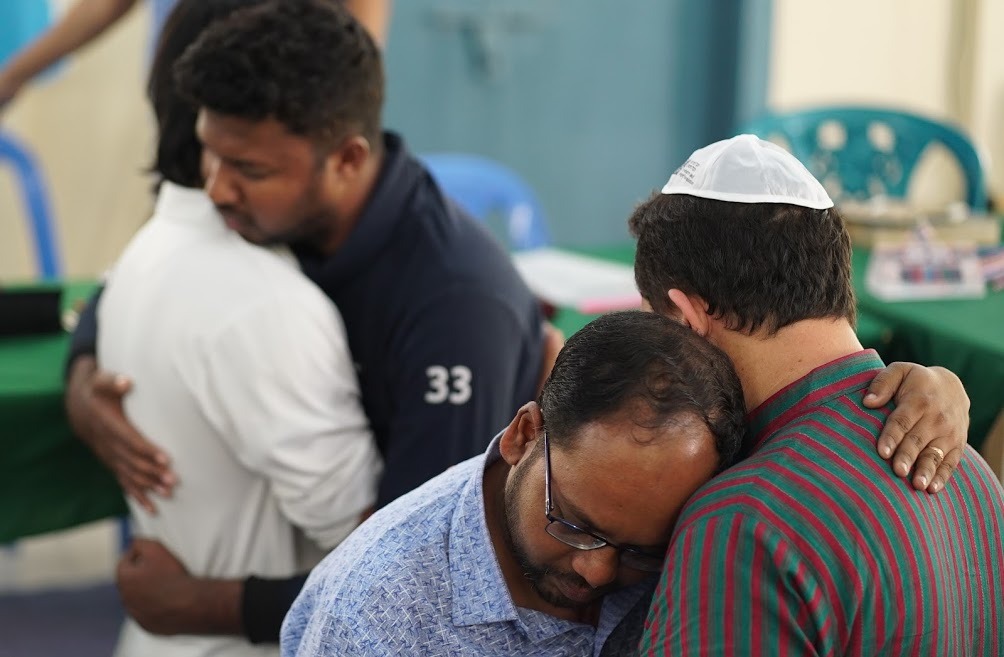 Following the workshop, HSI received news that one participant started reaching out to her community immediately. As a woman coming to the Faith from another strict religious background, she had been taught to be silent and not express herself. She came to the workshop unsure if there were any arts she could use to reach out to her community where expressions are so restricted. During the workshop, she wrote and sang her first recitation of scripture and re-imagined mehndi (a beloved art form allowed for women) as a way to share the Gospel without getting them in trouble. Here is a picture of her women’s group’s hands the very next week – covered in Bible stories! 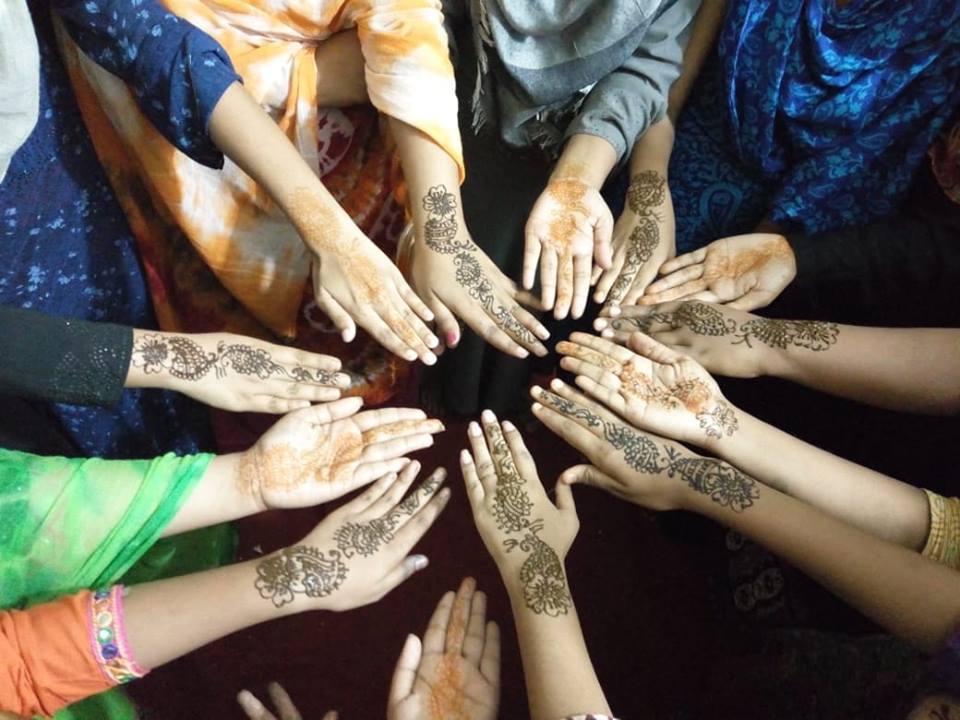