Our team watched as thirteen pastors danced and sang in praise to God, nearly hitting the microphones in front of them that helped to record this newly written song. The song told the biblical story of Peter and John healing the lame man (Acts 3:1-10). Five pastors sat on the floor, playing percussion instruments such as the dholak, manjeera and maraca.

The rest stood behind them, singing, dancing and shaking ankle bells. As we watched, they made walking motions for an entire verse. Then they switched to jumping and then started turning in circles. I suddenly realized that Acts 3:8 says that the lame man was, “walking and jumping, and praising God.” They had created entire verses for each action! I thought of the stories that the pastors told of people in their churches who had been healed. They had experienced similar stories firsthand causing pure joy to exude from them! 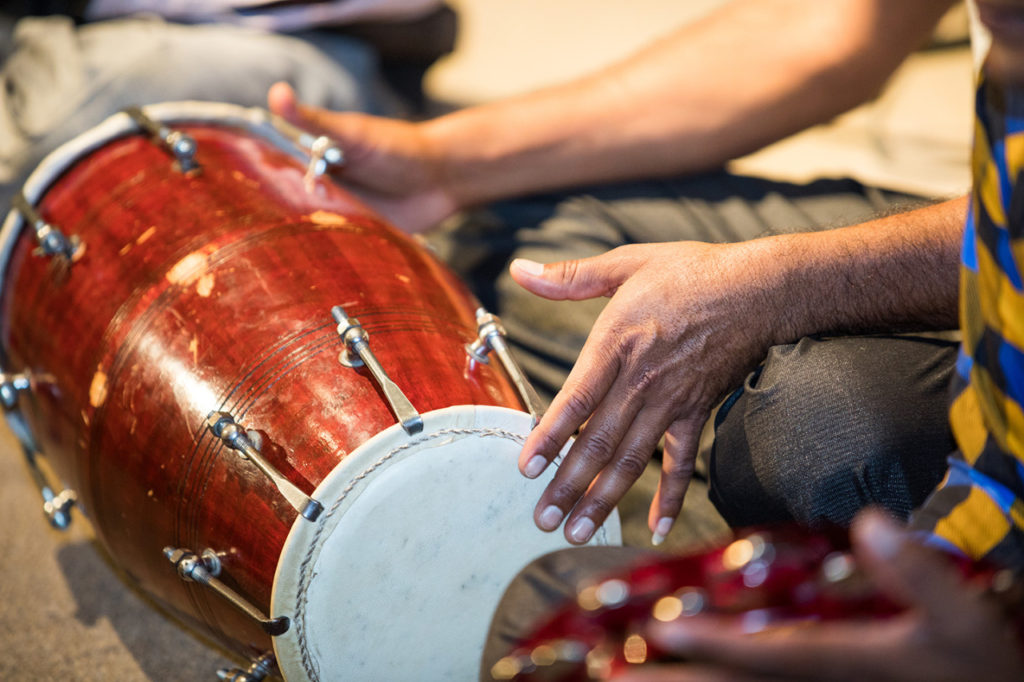 The team consisted of people from Heart Sounds International (HSI) and a partner church in the midwestern US. This was our second trip together to South Asia to encourage a group of nearly 60 pastors, most of whom have been persecuted for their faith, to compose indigenous worship songs for their people. These songs are being used to teach Scriptures to their mostly illiterate congregations, and they now have songs that span the entire Bible. 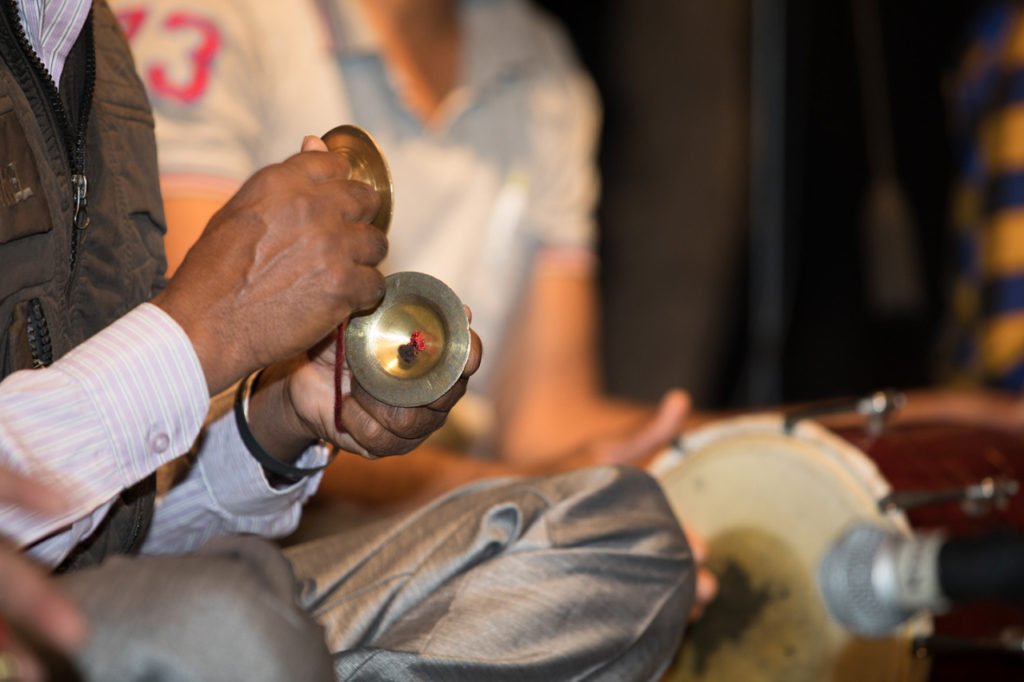 This year, the team also explored with them how to use the arts to bridge Scripture into their culture. The pastors decided to use a song genre they called “culture changes,” which tells stories of how the culture used to be and how it is today. We discussed the verse, “Therefore, if anyone is in Christ, he is a new creation. The old has passed away; behold, the new has come” (2 Cor 5:17, ESV), and asked what biblical stories told this concept of God’s transformation of people. Acts 3 was one story they chose leading to the song previously mentioned. Please pray that God will use this song, and many others like it, to spread like wildfire the message of Christ’s transforming love among their neighbors. Imagine the potential impact with this people group of 17 million! Pray for the pastors as they continue to experiment with creating songs that express transformation in a way that their communities understand.